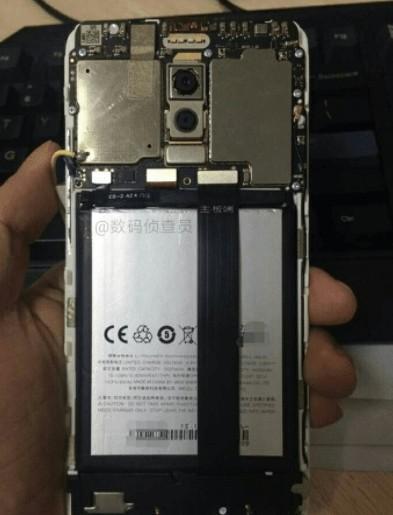 On the August of 23rd the mighty Samsung Note 8 will be announced, and every other device announced on that day will be over shadowed by the Note 8. One such device will be launching on that very day is from a Chinese tech company called Meizu. Who’ll bring their Meizu M6 Note?. This is a Dual-camera and a first time in the mobile industry it will also come with a Quad LED Flash light to light up your future, umm not really! Though we already have the Meizu E2 with the Quad LEDs but it doesn’t have the Dual-camera setup.

The device leaked here is the Meizu M6 Note and it’s Quad LED flash lights are the talks on the internet as, every one’s wonder what will the Quad LEDs might expect lighting up the scene a little more than your normal Dual-tone flash. Sadly there’s no front facing Flash, that could have been a great addition for night time selfies.

Furthermore, these Quad LEDs sit right on top of the vertically aligned Dual-shooters. There’s no word on what the two rear shooters will perform, whether a wide-angle sensor or a mono-chromatic sensor.

However, other specs include a 5.5-inch FULL HD AMOLED display. And as per the rumors the device will be powered by a MediaTek Helio P25 chip. Which is a 16nm Octa-core mid-range SoC. In addition to that we have 4GB RAM and 64 GB of expandable storage. Keeping the device alive is a massive 4000mAh battery.

The device is expected to retail for 1599 Yuan (15.3K INR) and will be unveiled on August 23rd. We will surely cover it’s launch along side the Galaxy Note 8.