If you’re keen on tech, then the most recent thing you might have noticed is the release of a new Android developer preview from Google. It’s none other than the next version of the Android, which of course they’re calling it as Android P. Well, since the release, rooted users were unable to root their Pixel devices running the Developer Preview of Android P. Far from this, the XDA developer known to be Topjohnwu found a workaround and added the support to Android P via the latest Magisk Manager Update (v16.1/v5.6.2). In case if you don’t know about Magisk yet, then it is to be said that, Magisk is a tool that roots your device with ease.

Back to the point, the latest variant of Magisk Manager v5.6.2 is out now, and with a bit of surprise, it supports Android P. Now, the Pixel users running the Developer Preview 1 of Android P can gain access to root easily now. All they need to do is just flash the Magisk 16.1 zip via a custom recovery like TWRP.

Here’s the complete changelog of what’s new in Magisk v16.1: 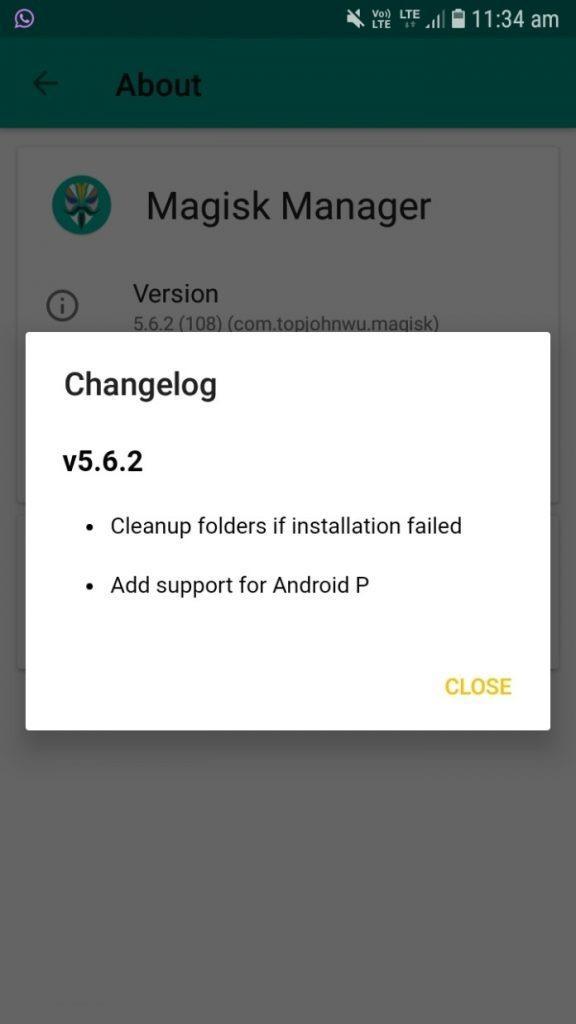 In case, if you stumble upon and are eager to try out the latest Magisk v16.1, then we would recommend you to stay away from it. All because it is still in beta and might do a lot of debugging logs leading to battery juicing down soon. People have also reported some issues with the installation process on Pixel devices running DP1.

So we recommend you to take the latest stable Magisk  v16.0 if you’re running Android Oreo 8.1 or below. It’s better to be safe all around somehow. You can find the downloads links in the Downloads section below.