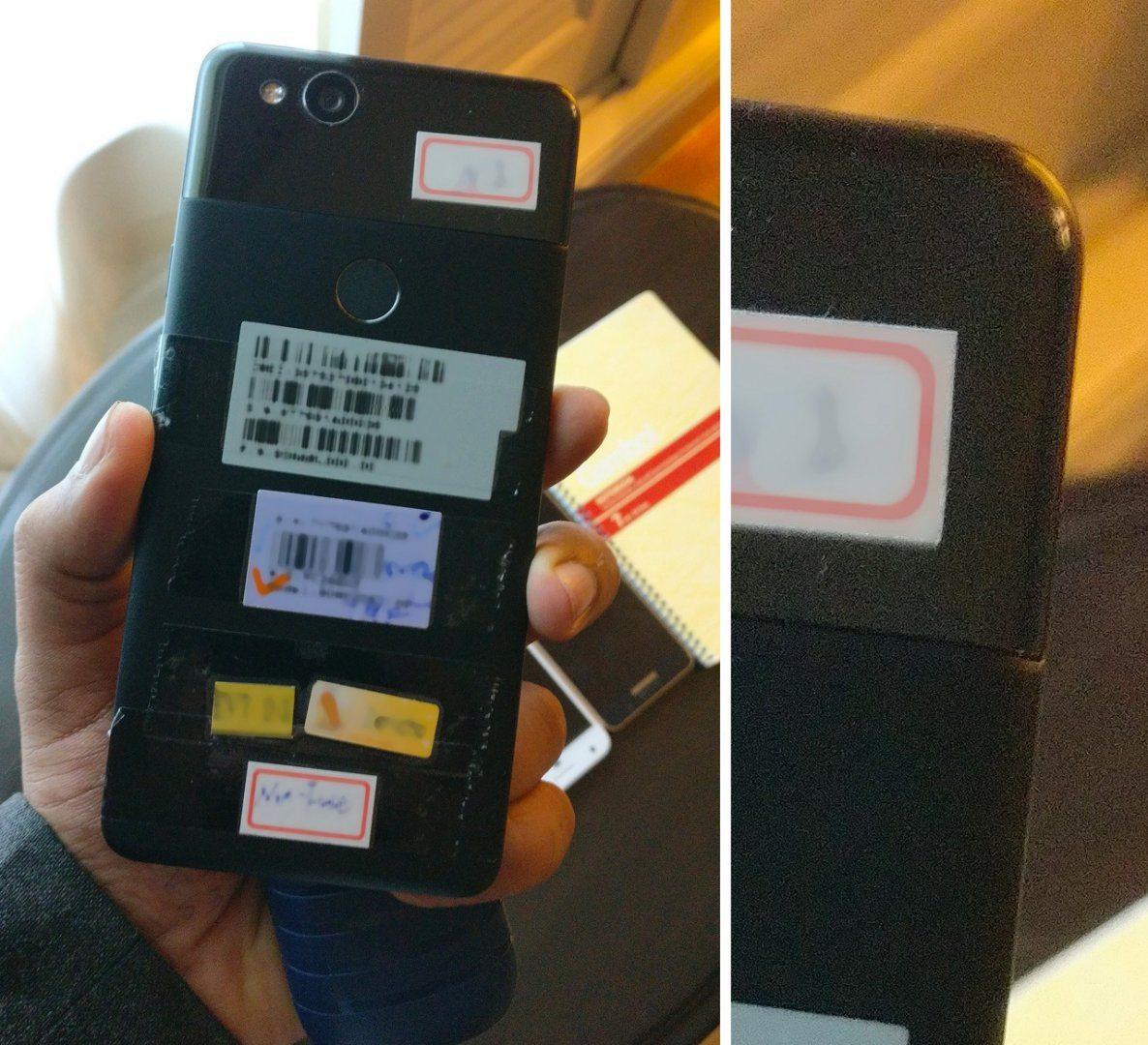 A new pair of photos emerged online recently, revealing the Google Pixel smart phones in its glory. The photos seem to have taken while the phones are in its testing stage, as a fact that most of the body seen covered with stickers. The front looks like last years Pixel as well as similar to the Nexus 5x.

Moving along are thick bezels on the top and bottom as well as on the sides. So, Google is going with the traditional look for the next-gen pixels. On the front within those top and bottom bezels, are front firing stereo speakers. In addition to that, we also have a front facing camera, without any inclusion of a front facing flash, so nothing fancy here. While a symmetric designed here.

Now let’s talk about the rear, in here we have no Dual-Camera setup. Just a single sensor coupled with a Dual-tone LED Flash. And you look closely they’re also some holes for what we suspect is for laser auto-focusing system.

Furthermore, the back panel is finished in two different materials, the area surrounding the camera seems like a plastic finished material. While the area around the rear mounted finger print scanner seems like a matte metallic finished. Thus, following the same design language to last years model for the rear.

Moreover, LG is rumored as the manufacturer for the Pixel 2 XL while HTC will take care of the regular Pixel 2. Also, the Pixel 2 is rumored not to include a headphone jack. Which OEMs are omitting since last year for some unknown reasons and also to push wireless accessories.