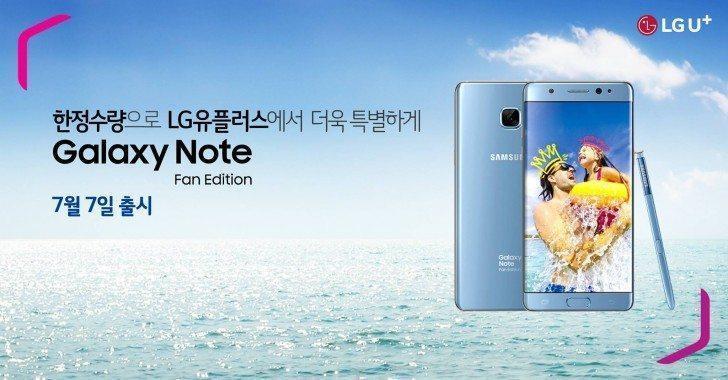 The Note 7 which was discontinued due to its battery issues. Now Samsung comes with another variant of the same. This variant of the device is with the new smaller batteries. The Note FE is the new name of the device because it will only go to the fans of the Note series.

Previously we were not having any information about the launch of the device. The Note FE was said to launch, but no date was mentioned for the launch in any of the rumor. Now LG U, a subsidiary of LG which is a carrier in Korea, revealed the launch date of the device. The date was revealed accidentally, but still, people managed to save the snaps of the same.

The image sets that the device will be available in Korean Market from 7th July onwards. The Image also covers about the preorders also starting from 3rd of July, and going up till 6th.

The Note FE is going to be available for a price of around 7,00,000 Korean won which is a steal for the price. The phone is a great device, and the specification for the device is a real steal. The phone will have a minor change in the battery part than the original Note 7. The battery of the device will be 3,200 mAh while the original had 3,500 mAh. Note FE is mainly for people who wanted to upgrade from their reliable Note 5 or Note 4, and before they would have updated the series of blasts occurred. So not Note FE is the device they can get.