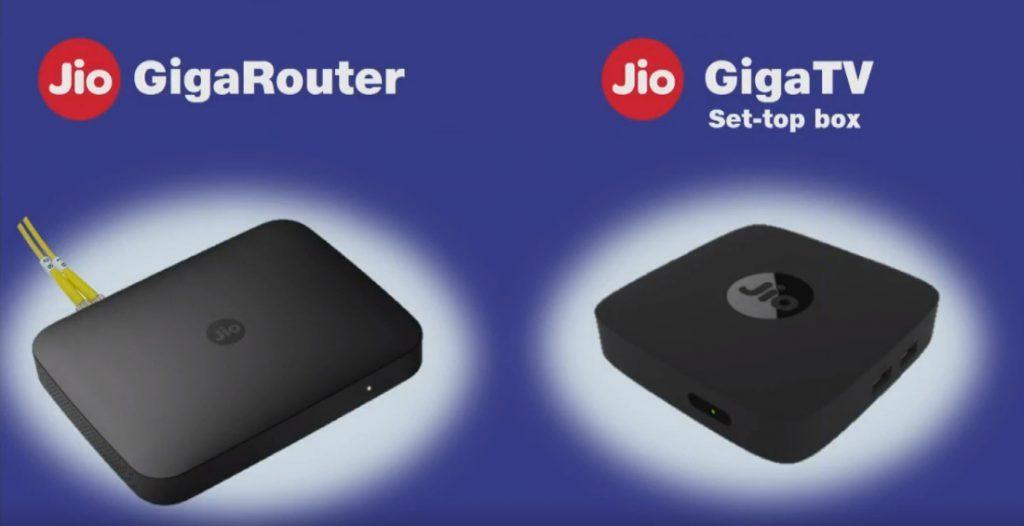 The Annual General Meeting (AGM) had its 41st meet yesterday. On this day, Reliance Jio launched an innumerable range of new products.  The company states them as a new way to expand their reach into the more modern technology. The long-awaited Jio GigaFiber and Jio Phone 2 got announced. Along with them, we got to see the upcoming Jio GigaTV too.

Jio GigaTV will take place with the GigaFiber and is related to that. What’s interesting is that the GigaTV allows the users to watch their favorite shows in 4K. And it also supports a wide range of voice commands too. Here is everything that we know about Reliance Jio GigaTV.

Akashi Ambani, the elder son of Mukesh Ambani, introduced the Jio GigaTV set-top box. We know that the set-top box is the critical component of any home. It’s not just an ordinary set-top box as said above. It plays 4K content and has over 600 channel available. Apart from that, you will have access to all the Jio services and apps available out there. And also, Akashi Ambani has also announced that it will come with support for 4K gaming as well. But are unaware of how accurately they will implement that on a set-top box. 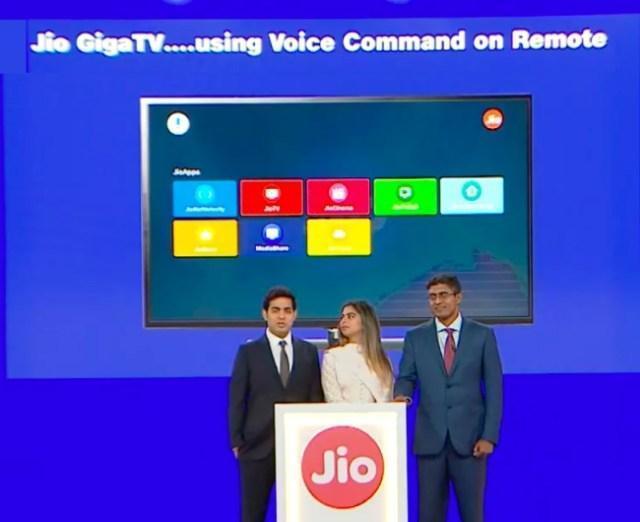 Another intuitive feature of the Jio GigaTV also provides with a microphone-enabled remote which will receive your commands on demand. It uses Google Assistant for enabling this feature which works perfectly as a voice assistant. All you need to do is press the mic button on your remote and ask to play whatever content you want to play. 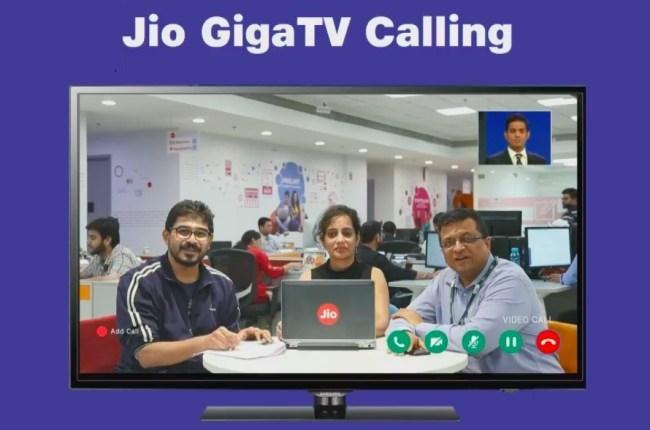 Yeah, video calling is here on the Jio GigaTV. It is one another great feature of the GigaTV to which allows you to make calls via your set-top box itself. It is not only restricted to GigaTV users only. You can also communicate with other devices like smartphone, tablets, etc. And all they need to do is to be available on Jio network.
Adding to that, the Jio GigaTV will come with a wireless router along. The pricing and availability are bound to announce on August 15 along with registrations altogether

Well, everything comes with a catch. We have one here too. The GigaTV will work with Jio’s Giga Fiber connection only. So make sure you know about this before you leap. So do you think you’ll get one for yourself? Let us know in the comments. Make sure to follow The Leaker for more exciting news and leaks from around the world.

1 thought on “Reliance Jio GigaTV: Everything You Want To Know About”