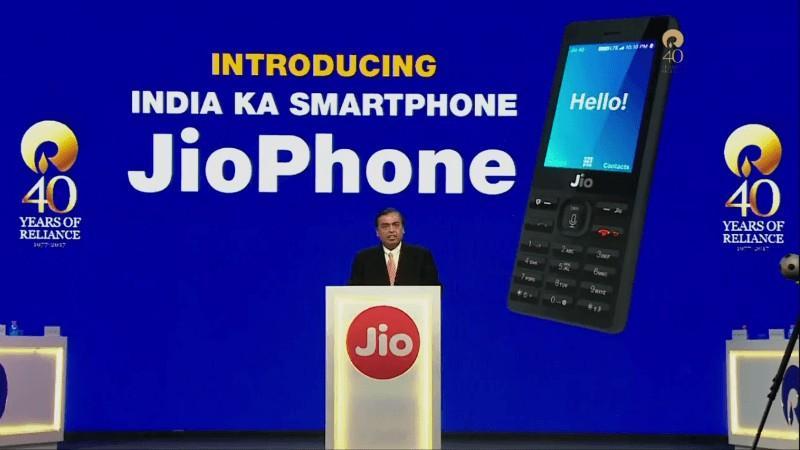 Jio, today at the historic AGM event, launched the much awaited Jio Feature Phone which has been named as the “Jio Phone,” the rumored phone was the talk of the town from the past few months, and now it has been officially launched by the Chairman of Jio, Mr.Mukesh Ambani himself.

There were rumors that the device will cost around Rs 499 or 1499 but to everyone’s surprise, the Jio Phone apparently comes at Rs 0, however you will have to deposit a refundable amount of Rs 1500 which you will get back after three years.

The Jio Phone comes with 2.4-inch display, and all the other features of a basic feature phone are present besides the fact that it supports 4G VoLTE and also has features like Mobile Hotspot and Voice commands. The phone even recognizes Hindi voice commands as well which was demonstrated by the chairman of the company himself.

The Tariffs has been designed very intelligently for the Jio Phone, by paying Rs 153 per month, you will get unlimited voice calls, unlimited 4G data, and unlimited text messages as well. Also later this year, the device will get NFC support as well which you can use for payments and stuff by linking your debit card or even your UPI account as well.

There is a Rs 309 plan as well which will allow you to plug your device into your TV and watch live Tv, and even the old CRT TVs are supported as well

This article will be updated with more information about the Jio Phone, stay tuned and comment down below if you have any questions or doubts.