iPhone X was an entirely new approach from the Apple to their consumers. It gave us a new unlikeable trend of the notch. The iPhone X was very successful coming to their statistics. With this, people who want to get the next iPhone have higher expectations.

While people have high expectations for the upcoming model, an unknown iPhone was still ongoing with testing on GeekBench. It reveals a weird and unknown model from Apple. It suggests towards 11,2 which is Apple trying to hide the next model naming from us. Apart from that, the naming points towards the next iPhone named as iPhone XI (Eleven). 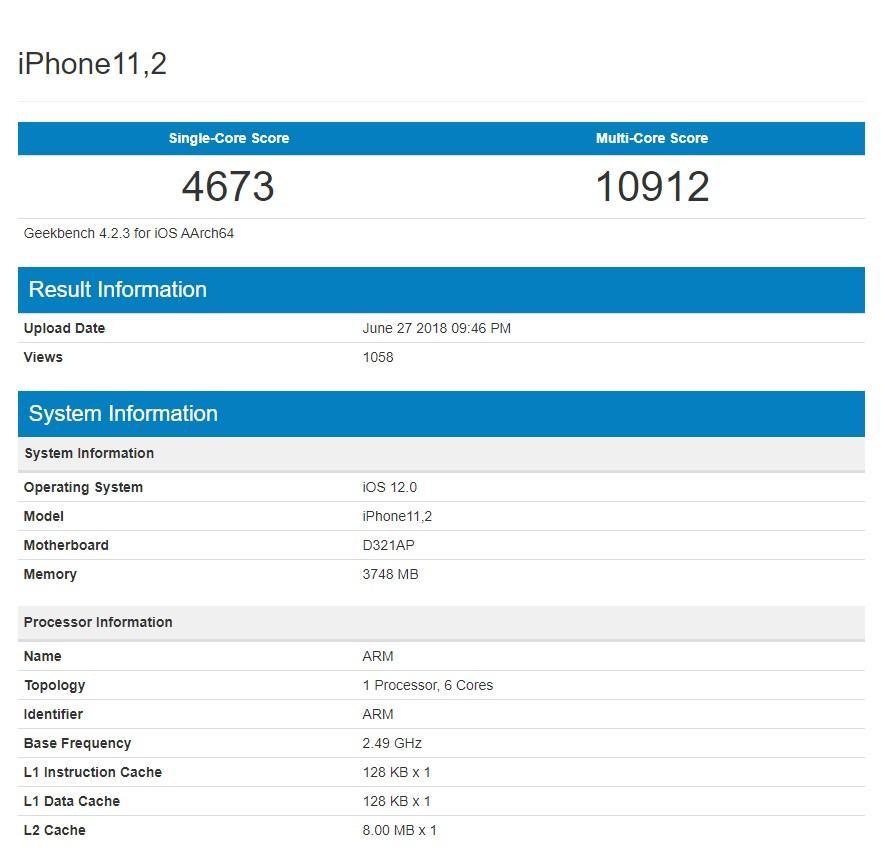 The iPhone X got identified as 10,3 on the GekkBench, and it merely suggests that the next iPhone X is going to be, the iPhone XI (Eleven). Other than the scores, we get to know that the iPhone XI/11 will be coming with a 4 GB of RAM. It is quite enough for any Apple’s device. The iOS on their systems flawlessly optimizes the multi-tasking. And as expected we will be seeing iOS 12 running on the iPhone 11, and it will be obviously out of the beta by the time of launch.

It is all the information we have for now about Apple’s upcoming iPhone, the iPhone XI/11. For more information, news, and leaks from the tech world stay connected to The Leaker and remain in benefit.