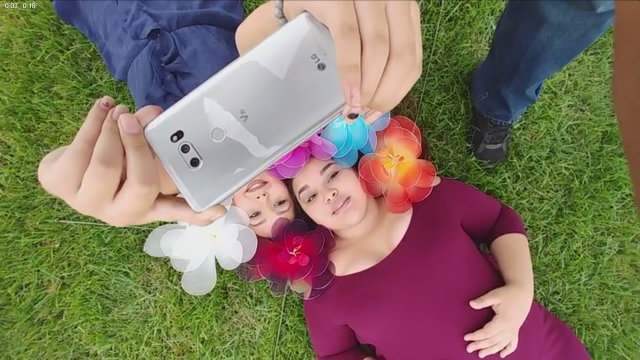 Earlier the information about LG’s upcoming Flagship was leaked online, and now the images along with video are leaked, the images show the design and material of the device very clearly, and those leaked videos are like an icing on the cake. Yes, we are indeed talking about the LG’s upcoming V30 smartphone. It is the successor to the current V20 smartphone which was a failure regarding sale for LG, anyway, it looks like this time LG will play safe and will launch the phone after studying the current market situation.

In the images and video, it is visible that the phone is having a Metallic alloy design and has a curved screen on the edges. This is the first time when a brand like LG is introducing Curved screen in their smartphones, it will house a 6.0(inch) Bezel-less Quad-HD Plus OLED screen with a resolution of 2880 x 1440 pixels, 18:9 ratio and a Corning Gorilla Glass protection. In the image, it can be clearly seen that phone has a shiny back which will attract fingerprints a lot but we are not yet sure that is it a Glass or Metal.

Earlier it was rumored that LG v30 would come with a secondary screen, but the leaked images reveal that the phone will not do not have that technology this time around. It will run on LG’s custom UI based on Android 7.1.1 Nougat same as the LG G6. The phone will sport a Fingerprint Scanner in the rear along with a Dual-Camera setup that may have a Laser AF setup, Dual-LED Flash, Aperture F/1.6 and in the front, it will house a 16MP snapper. The phone will come powered by the latest Qualcomm Snapdragon 835(64 bit) Octa-Core processor along with 4GB RAM and an Adreno 540 GPU for Gaming.LG will likely launch the V30 at the IFA 2017 on August 31.