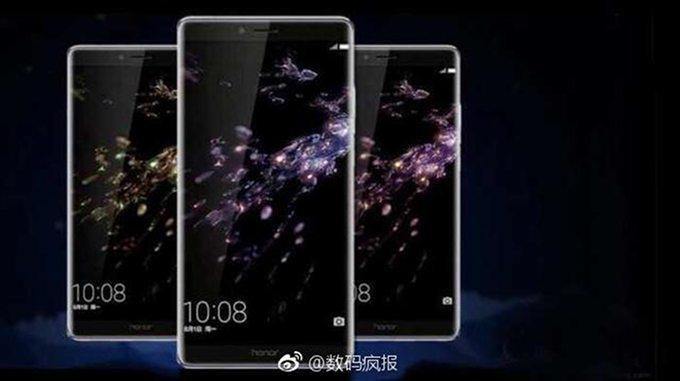 The Teleco giant from China, Huawei is on a successful roll year by year, with its Honor lineup of smartphones especially with the recently launched Honor 8 Pro and P20. The massive Honor Note 8, officially launched last year, proved to be quite a success. And the sequel could just make it to this year at IFA. The new leaks and images of the device reveal a lot about the Honor Note 9. In the specs depart, the Honor Note 9 boasts a huge 6.6-inch edge-to-edge panel. On the sides, Note 9 looks truly bezel-less. Whether the panel uses IPS LCD or AMOLED display tech, remains unclear.

Ticking inside the Honor Note 9 is a powerful Kirin 965 processor. The latest Soc haven’t made it to the market yet. But is said to take on the upcoming Qualcomm Snapdragon 840. Coupled with a 6GB of RAM and 64GB expandable storage this is a compelling device. On the camera front, this massive phablet will feature a dual-camera setup. Housing two 12 mega pixel shooters, they could perform the same functions analogous to the Flagship P10.

A beefy 4300 mAh battery could power the entire package. That’s 200 mAh down from last year’s Honor Note 8. The finger-print reader houses on the back of the device. Which also performs various gestures, other than just acting as a security measure.

There’re no launch events on schedule in the coming few weeks, and as a result, the Honor Note 9 would likely get unveiled at IFA 2017 in early September. Huawei with the success of its Honor Brand enjoys the top spot in market share. And the Honor Note 9 will ensure that further when it launches. In fact, Huawei is now in the Top 5 smart phone brands since last year. Also, the shipments from them are climbing each quarter as well.