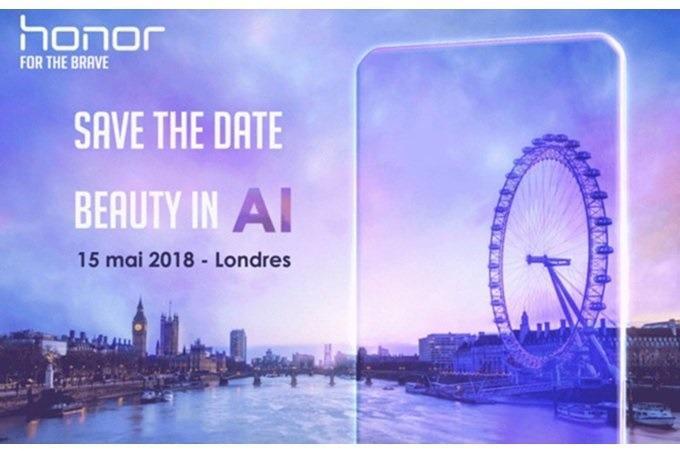 Huawei recently unveiled its flagship P20 series which got everyone’s attention, and now it’s sub-brand Honor is also about to reveal it’s own flagship that’s the Honor 10. The device has been leaked ahead of its launch; the leaked images show the promo images of the device. We can see it’s rear panel, which is made of glass like every other device launching in 2018. Other than that, the Honor 10 will also feature Dual-Camera’s as per the poster, along with a dual-tone LED flash.

Moreover, the finish on the rear is glass, and you can also see the colors being shifted as light hits it, which we have also seen on the P20 pro. The form factor of the Honor 10 is a traditional glass slab, not quite ergonomic to hold. The Honor 10 will be powered by Huawei’s in-house Hi-Silicon Kirin 970 chip, which is on par with the latest chip from its rivals. Paired with it are 6GB RAM and an insane 256GB of internal storage.

While the front of the device is not visible in this leaked images, but from earlier reports, we can say that this will have an 18:9 QHD panel, with an edge-to-edge display at least on the sides. Because the rear of the device doesn’t show any signs of a rear-mounted fingerprint scanner, which means it is mounted on the front, thus you’ll see the top and bottom bezels on the Honor 10.

Pricing for the Honor 10 should be similar to the Honor 8. However, the Pro variant could ask for a premium price; the device is set to launch on 15th May 2018.