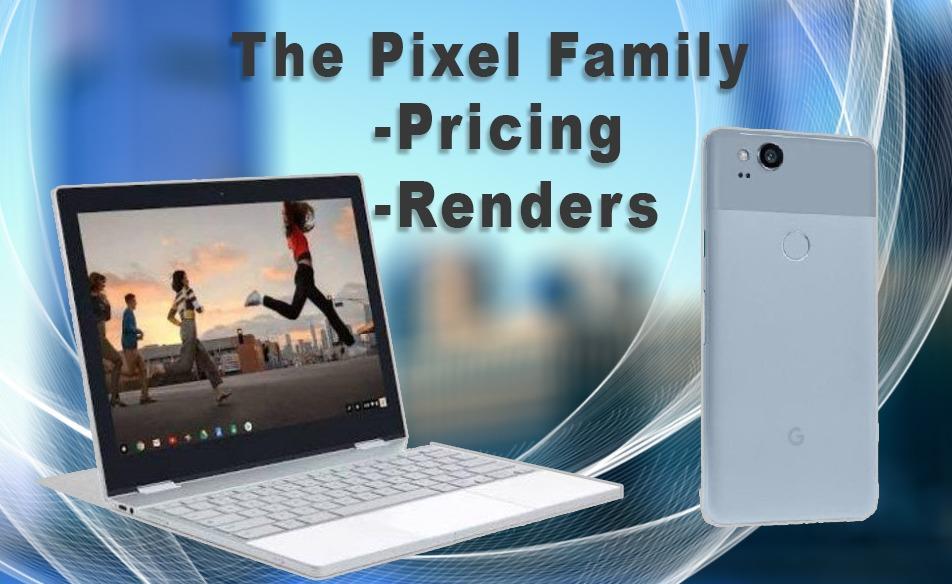 Google’s Pixel lineup is now about to get a refresh, and it is the only flagship remaining as all the other main flagships from the top OEMs are already out. The Pixel 2 is the only one still hiding under the curtains awaiting its launch on Oct 4. Moreover, today’s leak has brought us some pricing details as well as some new renders in various color options.

Starting with the pricing of the Pixel 2 XL, which will be manufactured by LG could commence on the high side for $849 for the 64GB variant, while the 128GB variant will be touching as high as a whopping $949. However, things are more slightly affordable in HTC’s camp with the regular Pixel 2 starting at $649 for 64 GB, while $749 for the 128GB maxed out variant, these are the same prices from last year.

However, the main question here is that, will the $950 Pixel 2 XL feature a bezel-less full-screen display and a better set of camera’s to justify its price? As its hovering in the iPhone X territory.

Now talking about the renders we have the smaller variant here in three color options visible only from the rear featuring the same dual finish rear panel same placements for Camera and fingerprint scanner.

Furthermore, there are also some leaks for the Pixelbook renders and pricing details along with there’s also a Pixel Pencil similar to Apple’s pencil for iPad Pro 10-inch. The Pixelbook will cost $1,199 for the base 128GB, while the 256GB variant will dig $1,399 and lastly the top of the line 512GB and hopefully better specs will come for $1,749.

Apart from that Google also has an Apple Pencil rivals in its arsenal with the Pixelbook Pen coming at the same price of $99. Both tech-giants are trying to replace notebooks and reviving the dying tablet market.

The Pixel 2 will face tough competition from the likes of the newly announced iPhone X, the mighty Galaxy Note 8, LG V30 and Moto Z2 Force. Moreover, the leaks we have seen so far adds far less to the hype and more of a disappointment. With the removal of a headphone jack, the smaller variant having the same vast bezel city on the front. Stay, tuned for more updates, on the new Google Pixel 2 lineup.