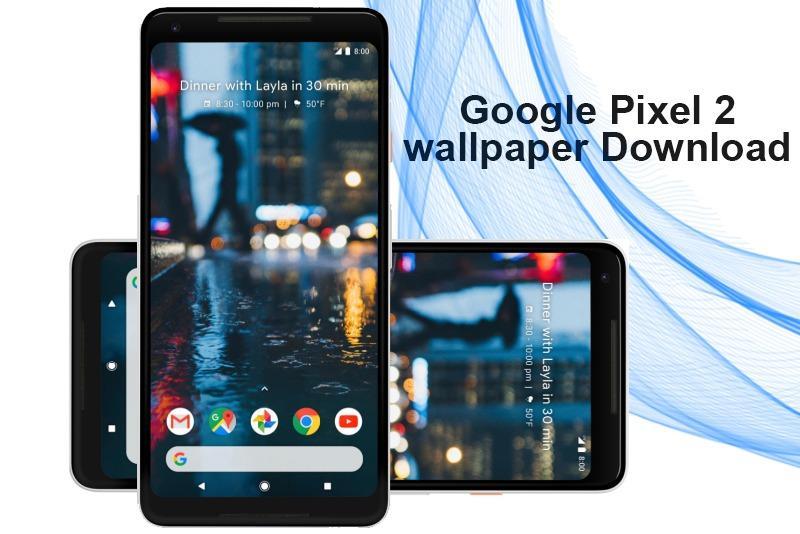 Google’s Pixel 2 and Pixel 2 XL smartphone has just been launched, and they look quite promising with all the AI tricks and the best camera in a smartphone yet. Moreover, you know what’s another best thing that it packs is the new redesigned UI, which looks quite fresh and minimalistic to the eyes.

It has a new design for Google’s search bar, and now it see’s its position under the row of usual home screen apps, where the app drawers use to reside. You can gain such look that’s close enough to it with any highly customizable third-party launcher and after that, you can just clear the apps below there where the app drawer used to reside and replace it with a widget which allows you to place the custom search bar anywhere on the home screen.

So, if you want to rock a similar look and to look forward to adapting the same kind of setup, then the last thing you would need is the Google Pixel 2’s wallpaper. Moreover, here we have it for you. Just download it from the given link below and give your device the same look of Google’s pixel’s phones.

Moreover, just to add a final touch to it, quickly download this app from Google Play store, which makes your phones display vertices that’s the four corners of your display look like its LG’s full vision screen. It will add slight curves to your display’s edges, works best on AMOLED displays.

To get all the latest wallpapers of the Pixel 2 and Pixel 2XL, head over to the link given down below.