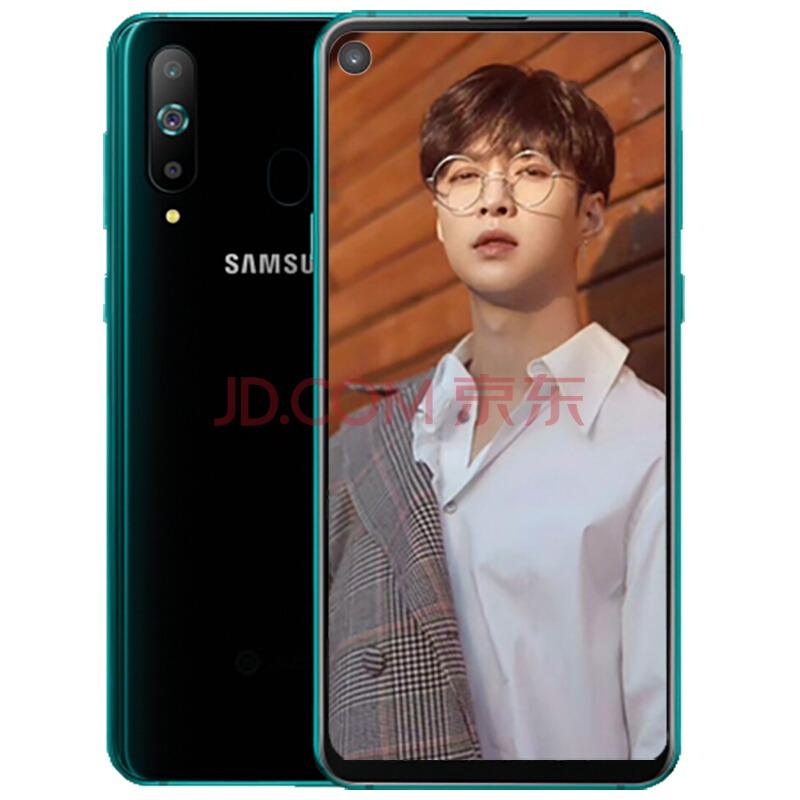 It seems like the citizens of the net have been quite busy churning out information about the upcoming Galaxy S10 smartphones. Recently the screen sizes of all the premium Galaxy phones were leaked online. And today (25th Dec), a video has surfaced on the internet, indicating that the in-screen front camera on the Galaxy A8s will have special effects around the camera.

People are not sure about what the led around the camera will do, so jump on the speculation train with us to know about the working of this unique feature.
According to the reports, this feature will also be available on the Galaxy S10 and S10+ and has been adopted on the Galaxy A8s. It is said to glow when the camera is turned on and will also glow when the face is recognized.

Some sources claim that this feature can also be used to show the battery percentage of the phone, which might come in handy. Moreover, a video showed that swiping on the front camera will start the camera app. And this feature might eventually replace the classic LED notification, might be cool if this feature replaces the LED notification.

The Galaxy S10 and S10+ have some special effects around the hole. This has been adopted on the Galaxy A8s. It will glow when the camera is turned on and will also glow when the face is recognized. Maybe more scenes are available.

It will be introduced in the Galaxy A8s, which is supposed to be the cheapest smartphone with the in-screen front camera. And later this feature will possibly be used in the Galaxy S10 and S10+. The Samsung Galaxy A8s price in China has been set at CNY 2,999 ($430)( Rs. 30,500) for the 6GB RAM/ 128GB storage variant, while the price of its 8GB RAM model is currently not available. Samsung’s online store in China and JD.com have listed the handset for pre-orders, and the phone will go on sale from December 31.

So, are you excited about this new feature and the on-screen display camera of the Galaxy A8s? Let us know.