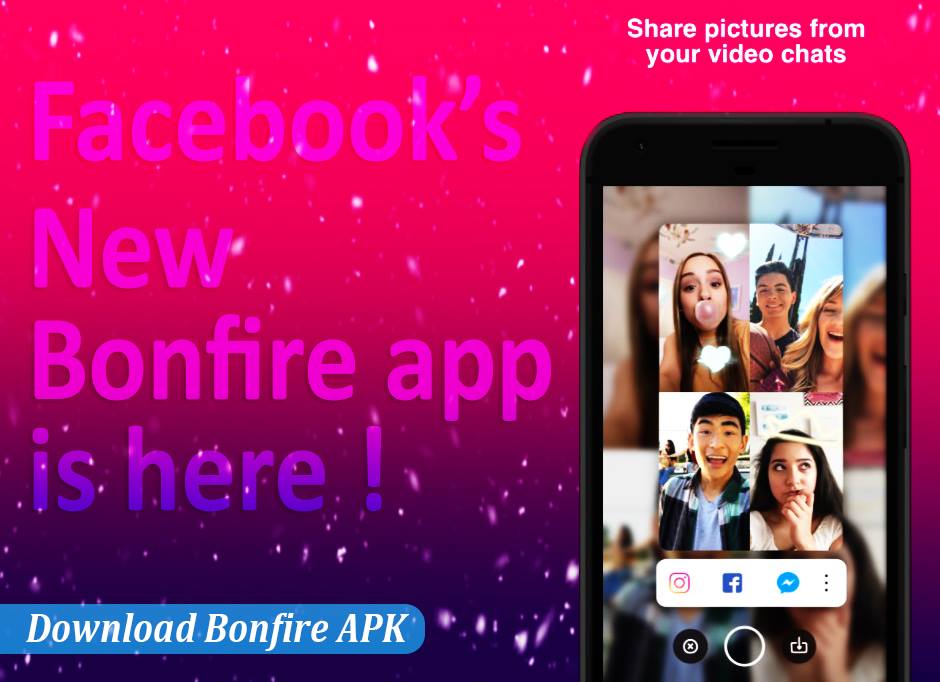 There are already a lot of social networking apps available in the market and Facebook has made an addition to them by launching a new application known as the Bonfire app. Unlike Facebook, Instagram and Whatsapp it offers a new way to communicate i-e in this app the only way to communicate is through Video conferencing.

Bonfire: Group Video Chat is new to Android as it was previously limited to the iOS users, it was only available for the Apple users earlier. But now this app is officially listed on the Play Store though there is a restriction which means that the users of selected areas can use it but the link of the sideloaded app has been provided below through which you can use it. By opening the app, you directly get the feature named as “start video chat.”

The maximum number of persons you can chat with simultaneously are seven members, which means 8 in total. The app is also integrated with a suite of apps like Facebook, Instagram, etc. One can also click pictures during video chat so that later they can share it on other platforms.

There are a lot of pre-installed effects and filters which you can use to make your chats more engaging and cool. This new app is targeted to the youth and teenager audience who likes to be active on these platforms more than the elder audience.