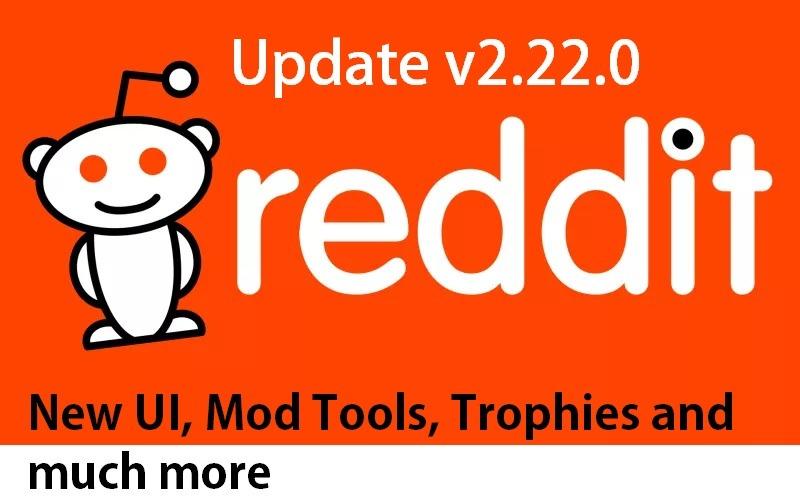 The Reddit app is finally getting a major update that includes significant user interface design refresh and new tools for mods; the update is available for both Android and iOS. Starting with the first one now users get a new mode to view things in Reddit, this is called Theater Mode to see Photos, videos, and gifs, giving them a “visual-first experience of their favorite communities.” On the other hand, Android users will be treated with the exclusive iOS feature, called speed read button for navigating through comments with ease.

Now coming towards the new mod additions in this updates, we have an exclusive dedicated Mod Mode, which allows Moderator to flag, reject and accept content on Reddit quickly. Furthermore, this also includes Mod Queues; this will enable to perform bulk operations. There’s also Mod Management tools for efficiently controlling growing number of subscribers.

For Redditors accounts, you now get a poster place when you share a user-name, and you also get trophies when you reach a particular milestone. Interestingly there’s that one beta feature known as live comments and chat, is now available only for iOS users and certainly might also make its way to Android in coming months.

Overall, this new update for Reddit users brings the same but better than ever experience on their Android and iOS smartphones. This started when Reddit took over an iOS app maker Alien Blue and swapped its services, in place of the app’s content. The providing a quality mobile user interface is as important as desktop one, as more and more smartphone users are joining with the increasing number of quality budget devices in the market.

So, if you want to download the latest update just download this app and side-load it on your Android device, the link to the latest APK file is given below.