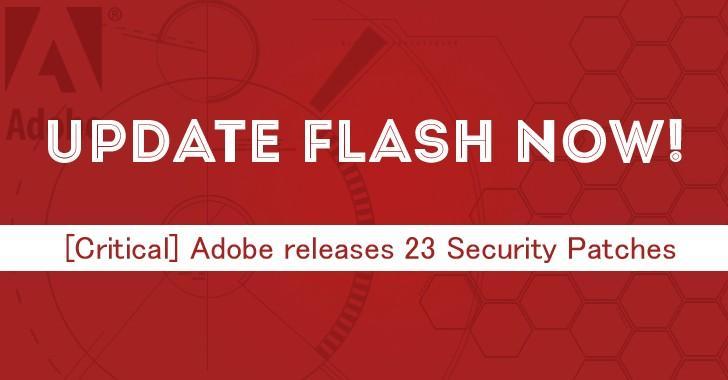 Adobe’s Flash Player has served us users very well for quite a long time. But it still came with its flaws and limitations. And some of the major ones have been discovered recently. Even Steve jobs banned the player from its iPhones, and many other similar cases were torched up in the past. The company is still keen on fixing such mishaps, on a regular basis.

As now it rolled out two more patches to fix up some issues which caused memory corruption leading to the execution of malicious code. Moreover, other flaws that the company claimed haven’t been exploited as of now are also fixed; which involves cross-site scripting threats.

However, many other minor problems were also addressed in this latest update. Such as the URL validation is now solved, which could redirect the user to phishing sites and the Adobe also appreciated the Center for Technology & Innovation which is located in Chennai (CNSI), for rapidly spotting the vulnerabilities and reporting it instantly.

And finally, the Creative giant has also acknowledged having addressed, the issues related to the authoring tool called RoboHelp for Windows, in the latest patches. So, due to all these, flaws which may cause major havoc online. Losing trusts from many businesses-to-business partners is not healthy for a billion-dollar organization.

That’s the reason why Adobe is killing the Flash Player in 2020; and will have much more secured and enhanced mainframe web-technologies to take its place. Furthermore, in a joint statement, the company said:

“In collaboration with several of our technology partners – including Apple, Facebook, Google, Microsoft, and Mozilla – Adobe is planning to end-of-life Flash.”

The year 2020, still has a long way to come, till then make sure you have an updated version of Flash Player; running on your machine to prevent any security breaches.

Get your latest secured Adobe Flash Player from here: