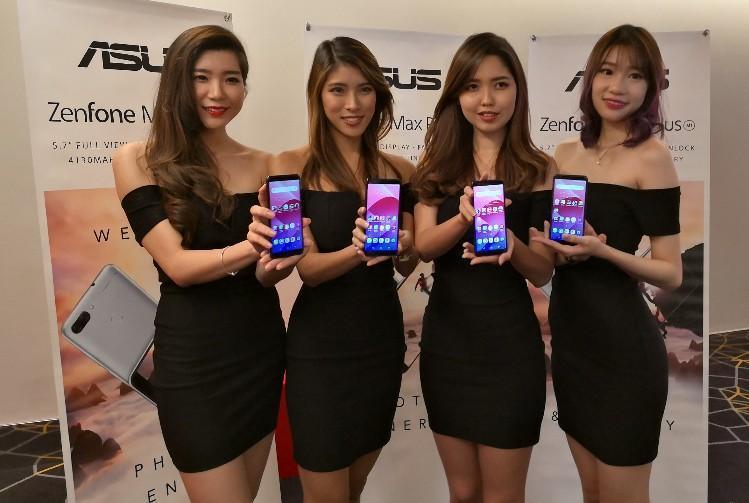 ,Recently we published an article about the stock wallpapers of the Asus Zenfone 4 Max Plus and today we are back with another piece of information from the house of Taiwanese giant, Asus.

This time they have launched a new smartphone in the Malaysian market named as the Asus Zenfone Max Plus M1, sounds a little confusing as Asus is bad in naming their devices, anyways let’s check out the detailed information about the device.

These days 18:9 display ratio Screen is on trend, and most of the brands are accepting it, the biggest highlight of this smartphone is also the 18:9 ratio screen. It is the second device from the house of Asus that comes with a bezel-less screen in the front. It comes powered by a MediaTek MT6750T Octa-Core processor coupled with 4GB of RAM and a Mali-T860 GPU. It offers 32GB of internal storage which is expandable up to 256GB’s via micro SD-card.

In the front, there is a 5.7(inch) HD+ IPS Display with a resolution of 1440 x 720 pixels. In the Camera department, it houses a 16MP+8MP Dual-Camera setup in the rear; the second sensor is a Wide-angle one and in the front, a 16MP snapper is present as well with Aperture f/2.0.

It runs on Asus ZenUI 4.0 based on the Android 7.0 Nougat and will get the Android Oreo update sometime in 2018. For security terms, Asus has offered both Fingerprint Scanner and Face Unlock. It runs on a massive 4130mAh battery and will be made available in Black, Gold and Silver colors for a price tag of MYR 899, $220(14,000 INR).