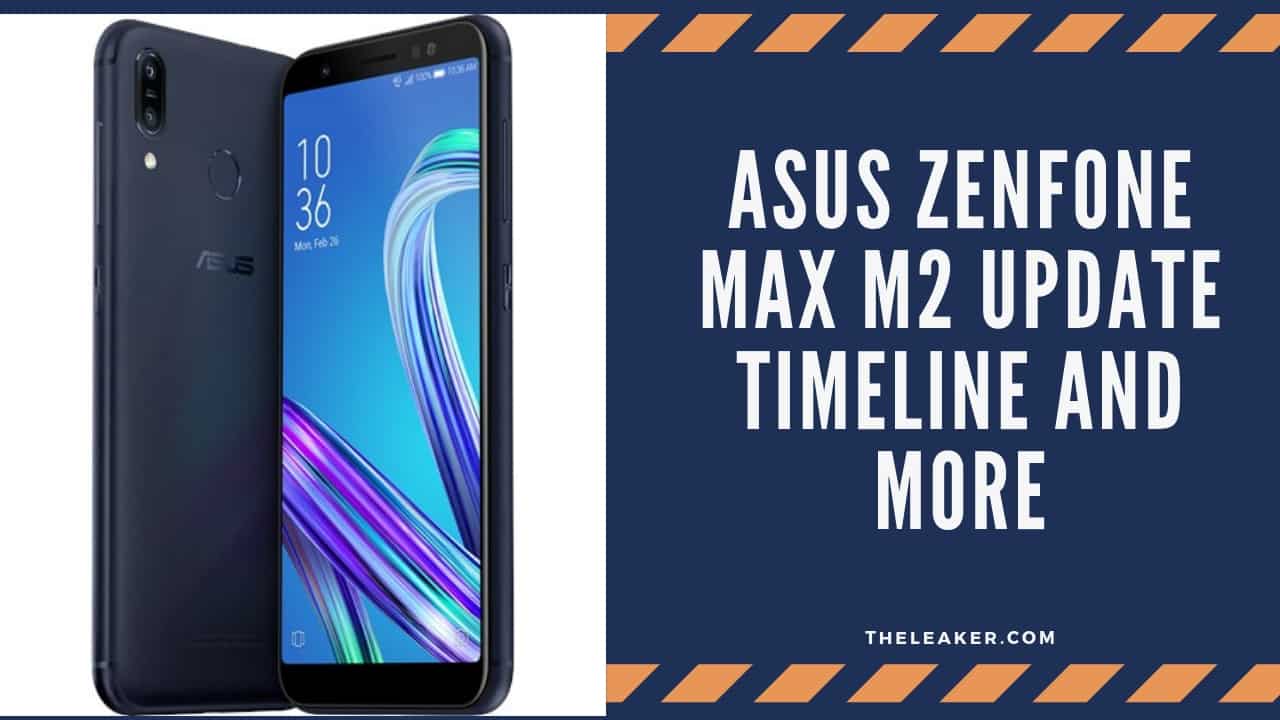 We everybody would have known about the Asus’s Zenfone Max Pro M2 which has been offering a Stock Android Experience with some good camera’s for this price range. Asus has been providing a smooth experience with high power Asus’s latest offering the Asus Zenfone Max M2 has received some software updates, and that is why this series of an article has been made. This article will provide with all the Asus Zenfone Max M2 related queries, wallpapers and update timeline.

The Asus Zenfone Max Pro M2 features a 6.26inch display with a resolution of 720 x 1580px. The phone is covered by a Corning Gorilla Glass 6 which makes it sturdy and difficult to break. The phone has a dual camera setup of 12+5MP on the back while a 13MP front-facing shooter. The phone comes with a Snapdragon 632 processor with Adreno 506 GPU; On the back, the phone has a sweet Asus branding with a super fast fingerprint reader. The phone has a notch on the front similar to the Asus Zenfone 5Z. The has a massive 4,000mAH battery with some good down-firing speakers. The phone runs on stock Android based on Android 8.1 Oreo.

25 May 2019: Asus has started rolling out a new update for the Asus Zenfone Max M2 in India, this latest update adds the May 2019 Security Patch to the device while improving device performance.

14 March 2019: Asus has started rolling out a new FOTA Update for the Asus Zenfone Max M2 with version number 15.2016.1902.192 which brings the new February Security Patch to the devices along with new improvements. The changelog has mentioned anything else. While the same update for Max Pro M2 has bought improvements for the selfie camera

8 January 2019: Good news for Max M2 users, ASUS has started rolling out an OTA Update with version number 15.2016.1812.145 which will enable EIS on the front facing camera along with the December 2018 security patch. Also, the changelog states that the update has improved the Camera performance along with bug fixes

10th April 2019: Asus stick to their promise of rolling out the stable Android Pie update for Zenfone Max M2 before April 15th.

The latest Android Pie update for brings Zenfone Max M2 comes with several new features such as the Adaptive Battery feature that uses machine learning to prioritize system resources for the apps, brand new App Actions that help you raise the visibility of your app and help drive engagement using machine learning, new Magnifier feature for easier copy-and-paste and lots more for you to explore.

16 March 2019: Asus has officially announced on their twitter page that the Asus Zenfone Max M2 would be receiving the Android Pie Stable Update before April 15th. Good News for all Asus Fans.

Asus has already started rolling out the Pie Beta for its Max Pro M2 and soon should be rolling out for the Max M2 as well. As the Max Pro M2 runs on Stock Android Asus must not be facing problems while rolling out the update. The Asus Zenfone Max Pro M1 has also received the Pie Beta, and we assume that the next device would be the Max M2. The Asus Zenfone Max Pro M2 for sure will be receiving the Android Pie Update, but we don’t know about the exact dates. Also, read Asus ZenFone Android 9 Pie Update Official List.

How to Install Update Manually on Asus Zenfone Max M2:

Step 1: Download the latest firmware from here or the above link and move it to your internal storage.

Step 2: Reboot the phone, then you may see a notification that “System Update File Detected,” Just click on it and choose the update file.”

Step 3: Click Ok and wait for it to install.

Step 1: Download the latest firmware from here or the above link and move it to your internal storage.

Step 3: Using the volume rockers move down and choose “Apply update from SDCard” and choose the update file.