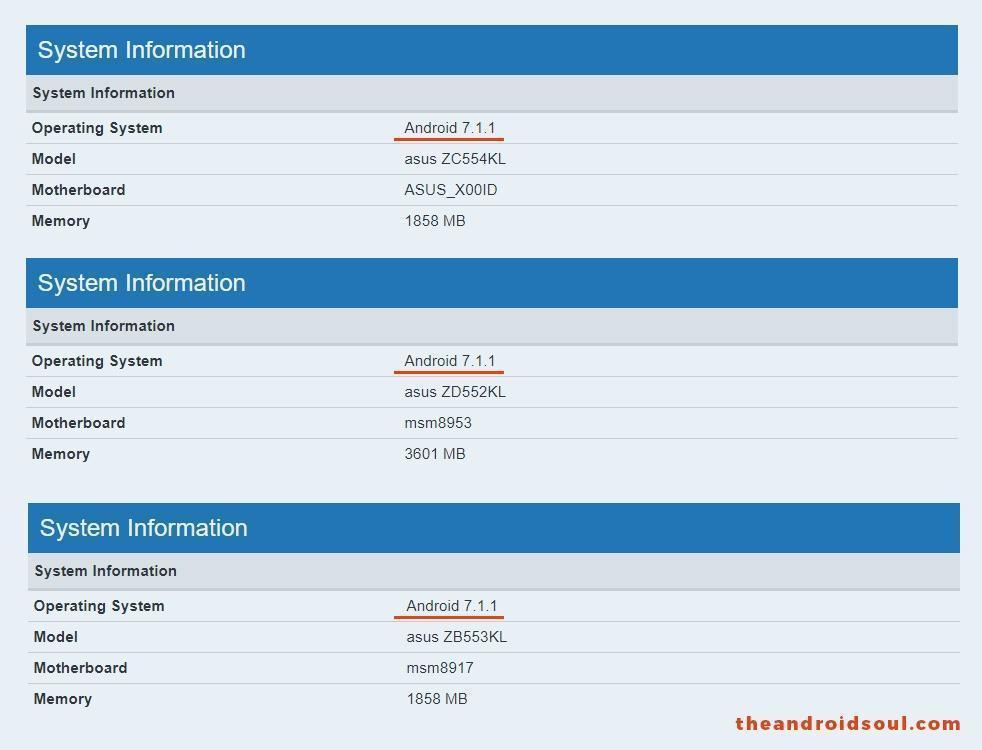 Asus as promised earlier is keen on updating its Zenfone series as they said in the past, and this set includes both the Zenfone 4 and Zenfone 3. However, now some devices have been spotted online running Android 7.1.1. These phones were launched on Android 7.0, and with this, it is confirmed that Asus is indeed working on updates.

The devices emerged online running Android Nougat 7.1.1 are as follows:

Moreover, there no specific release date available yet, if this update arrives in early November 2017, then you should expect the Android Oreo 8.0 update way far in Jan 2018 ending or in early Feb 2018.

Apart from this, the Android Nougat 7.1.1 brings some few new upgrades with it starting with newly designed emojis; shortcuts can now directly be created on your home screen. Along with this, you also get performance, stability improvements, and known bug fixes.

Asus has launched more than five devices this year under the Zenfone 4 series let’s see how it brings the Android Oreo update for both the Zenfone 3 and 4, along with that they have also promised to provide their new refined Zen UI, which is said to pack much less bloatware then before.

Meanwhile, here’s the complete list of Asus devices that will get Oreo all models covered from the 3 to 4 series, and we also talk about the Asus special editions such as the Zenfone Zoom and AR.