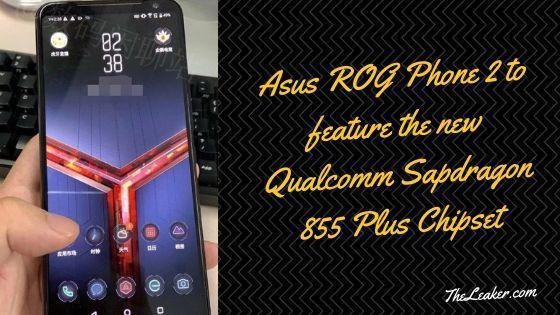 Yesterday, Qualcomm had announced their new Qualcomm Snapdragon 855 Plus Chipset which will be bringing some minor improvements to the predecessor the Qualcomm Snapdragon 855. According to Qualcomm, The Snapdragon 855 Plus Chipset aims at delivering much better gaming performance, better 5G connectivity, improvements in AI Capabilities, and nothing else. The internals hasn’t been changed a lot as it sports an almost same Kryo 485 Prime CPU which has been clocked at 2.96 GHz instead of the Kyro 485 CPU which was clocked at 2.84 GHz. On the GPU side, it sports the Adreno 640 Prime GPU which has been claimed to provide 15% better gaming performance than the Adreno 640.

As soon as Qualcomm unveiled the new chipset, Asus was very quick to announce that the Asus ROG Phone 2 which has been scheduled to launch on July 23rd. The phone will be sporting the all-new Qualcomm Snapdragon 855 Plus Chipset. While nothing has been known yet, seeing its predecessor, we can confirm that the all-new Asus ROG Phone 2 will be sporting the Qualcomm Snapdragon 855 Plus Chipset, a 120Hz Display and quite amount of head and chin bezels to provide assistance to the gamers. 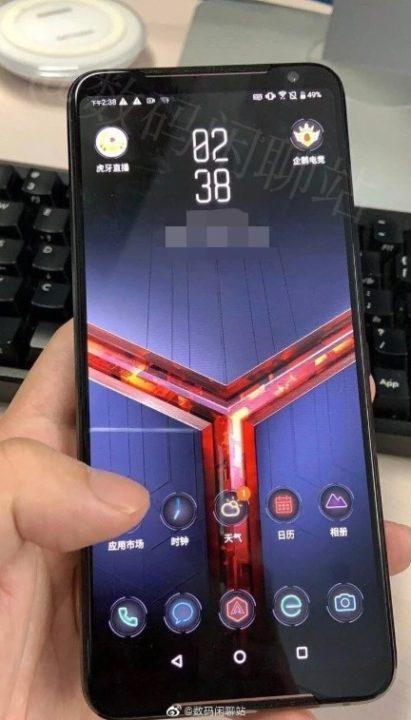 This image has been leaked and seeing this image we are pretty sure that the phone will be looking outdated as it is the time when companies have been looking forward to motorized parts to establish the full-view display, Asus has gone with bezels on both top and bottom. The Asus ROG Phone 2 is expected to have dual stereo speakers with a red accent and a front-facing selfie shooter on the top right bottom. So, let’s wait as the phone is launching soon. Stay tuned to TheLeaker for more leaks and information.