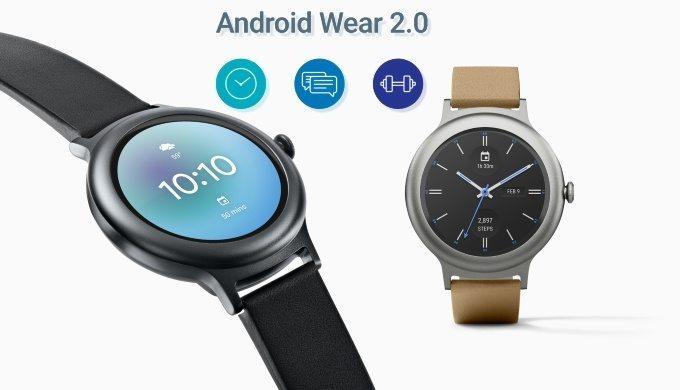 The long awaited Android Wear 2.0 is out now. Google says it can make the most out of our every minute. And that seems to be well promising right now. Here’s a quick glimpse of the what’s new in Android Wear 2.0

Android Wear 2.0 to give you more informative watch faces, better workouts, new ways to use apps, more ways to stay in touch and on-the-go help from Google Assistant. There’s been a complete design overhaul to make things simpler for any user. Android 2.0 comes with new watch faces which show data in a simpler form.

Google Fit is now pre-installed on Wear 2.0 as default to get better accuracy on fitness statistics. It tracks your pace, heart rate, steps distance, calories burned and much more. With that said, Wear 2.0 lets you to receive incoming calls, messages, and change music over the watch face itself.

There’s a complete design overhaul, that changes how you dive into your app drawer as well as downloading apps with the new Play Store for Android Wear. Google Assistant will be embedded into the Wear 2.0 without having any Google-made device. The Google Assistant plays a better role in integrating your Google device with much more accuracy.

There some other changes in the messages department as well. You can now reply to messages from your watch itself. When you receive a message, you can expand the notification and tap to respond by dictating, typing or handwriting your answer, or drawing an emoji. Smart Reply has also been added up to the messages which instantly and intelligently suggests different responses based on the message you received. Looks like Google needs to bring the most out of the Android Wear 2.0

Android Wear 2.0 will be available for all supported watches in the upcoming weeks. Hope it’ll have a good future since it seems to be promising right now for most of the people.