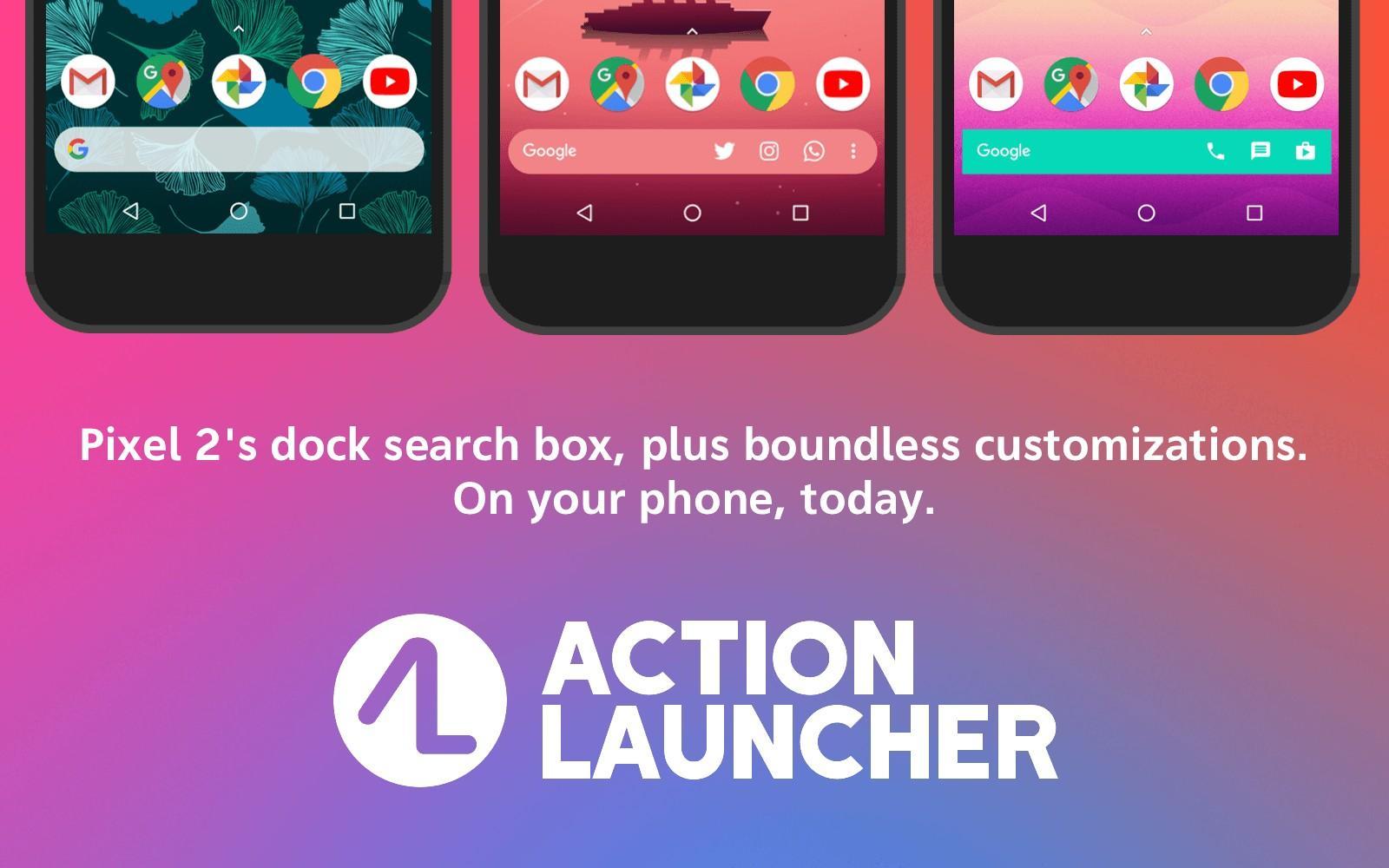 Google’s Pixel devices brought a new high-end perspective to Android devices which were never seen before and along with that Google changed a lot about stock Android. And the most notable was in its UI.

It was a minimalist change but became quite popular among Android fans. It came in its new incarnation and was dubbed as the Pixel UI/launcher. Which then became the new face of stock Android and many OEMs as well as third-party launchers such as one of the best Android launchers the Nova launcher also popularised its new look.

Following the same, Action launcher is also one the most downloaded launchers on Play store, without wasting anytime flowed its footsteps and has now introduced the latest Pixel 2 style dock with the google search bar layout, as well as its infamous gesture, triggered app drawer which arises from its dock. So, now the action launcher will also have the Pixel 2 style dock in its latest version that’s the v29.0.

Traditionally, the google search bar can always be found at the top, but with this latest release it now finds its place at the bottom where the dock icons use to reside; with that said, the action launcher takes the new layout’s customisation to the next level by letting you do the following:

Moreover, you can also add their adaptive icons as Google has it in Android Oreo. Interestingly, with these third-party launchers pushing their development to new limits we can get closer to Google’s high-end stock Android experience, sure we still won’t get the fluid performance, but it’s visually close. Lastly, you can download the Action launcher from here! Followed by the adaptive icon pack from here which is a paid add-on.