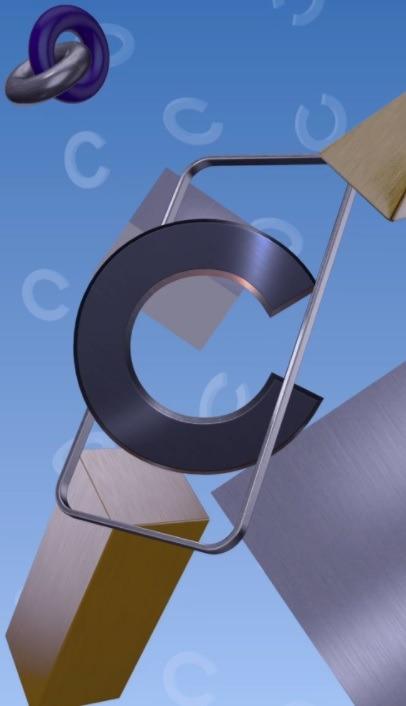 Samsung might unveil a new member for the growing Galaxy C series, as the new leaks emerged online today suggest a device named Galaxy C8(model number SM-C7100) which sits between the C7 and the C9. While the promo materials leaked from a demo app suggests that Samsung will launch the Galaxy C8 with Dual-Cameras.

We can see two sensors with their lens layers protruding inwards (which seems like an incomplete shot of an animation for the Dual-sensors as viewed in many adverts for such smart phones). Thus, hints us that the Galaxy C8 will carry Dual-Camera setup.

Moreover, if you look closely, you can also spot a magnifying glass prop which further conveys’s this might have the Optical Zoom functionality like the flagship Note 8. Whether this will also have OIS similar to the Galaxy Note 8? Remains to be a mystery.

Another image shows a variety of measurement devices, which I believe shouts an in-depth manual mode for the camera. With granular control over the every nifty little detail. Now with each image, we can see that Samsung has a primary camera centric phone planned in its cards. Due to the sheer reason of the ever growing Dual-camera trend. And every known manufacturer is jumping on the same bandwagon.

MUST READ: Samsung Phones that may get Android Oreo update

Apart from that, the leaked images also point out to an all in one piece metal frame, which depicts that, this will have high-end build quality; similar to the C9 pro. Moving further, various metals in different shades tells us about the different colors the device may arrive with. For instance here, we can see a brushed blue metal along with a gold one.

Specs-wise we can see this as an upper mid-range device, packing 4GB RAM, 32GB/64GB ROM a FULL-HD display and as its a Samsung, you will get the highly saturated AMOLED panel. A big battery is expected and could pack a Qualcomm Snapdragon 630. Or the newly rumored Snapdragon 670 may run the show. Pricing is expected to be similar to the Galaxy C9 pro.