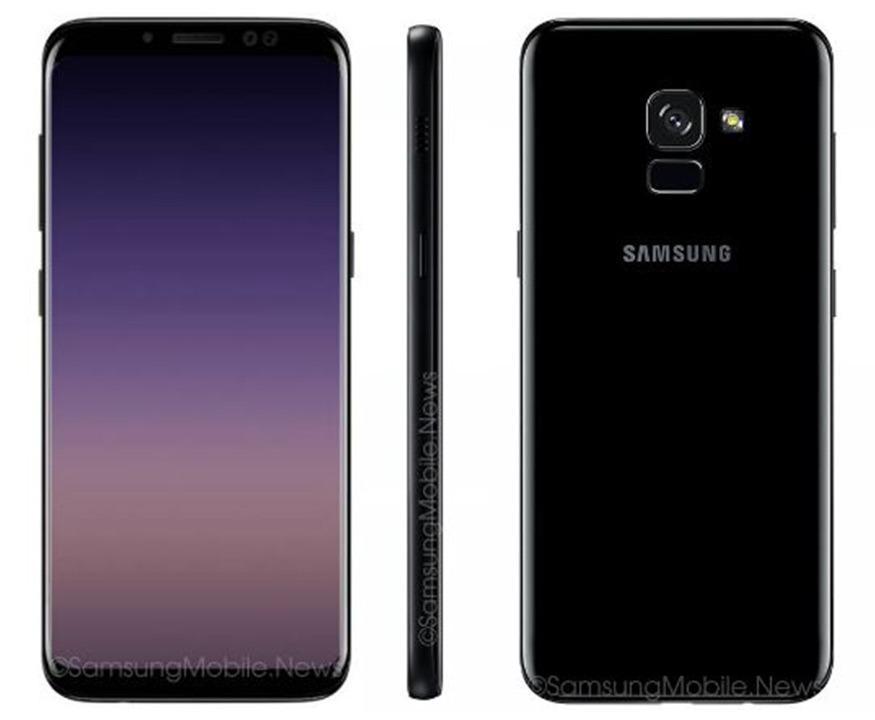 We all know that Samsung is about to launch its A-Series(2018) devices soon on as  Case images of the smartphone were leaked on Weibo and Twitter. Though it was rumored from the beginning that a device from the A-Series would offer an all-new Infinity Screen instead of a traditional screen and today, we are having some fresh render of it with us, and the phone looks great. Let’s check out more about the upcoming device.

3It is already confirmed that the device will come powered by a Qualcomm Snapdragon 660(64 bit) Octa-Core processor coupled with 4GB of RAM, we all know that these handsets will not offer as much power as the Galaxy S8 series offer but still with this new Qualcomm processor they will manage to deliver satisfactory performance which was also shown by the earlier leaked benchmarks. In the image, a Glass-like design can be seen; whether it will house an all-glass body remains a mystery.

In the rear, it will have a Single Camera with LED Flash, and below that, a Fingerprint Scanner can be seen which is located far better than that of the Galaxy S8 and Note 8 smartphones.

It may have a 5.5(inch) Full HD Plus Infinity Super AMOLED Screen with a resolution of 1080 x 2220 pixels. As earlier rumored the devices will not have a Dual Camera setup. A  Bixby Button can also be seen on the side which means that Samsung may provide this dedicated button in the upcoming devices as well.

The device looks pretty slim though, and we are not sure at this point whether the images are of Galaxy A7(2018) or the Galaxy A5(2018).