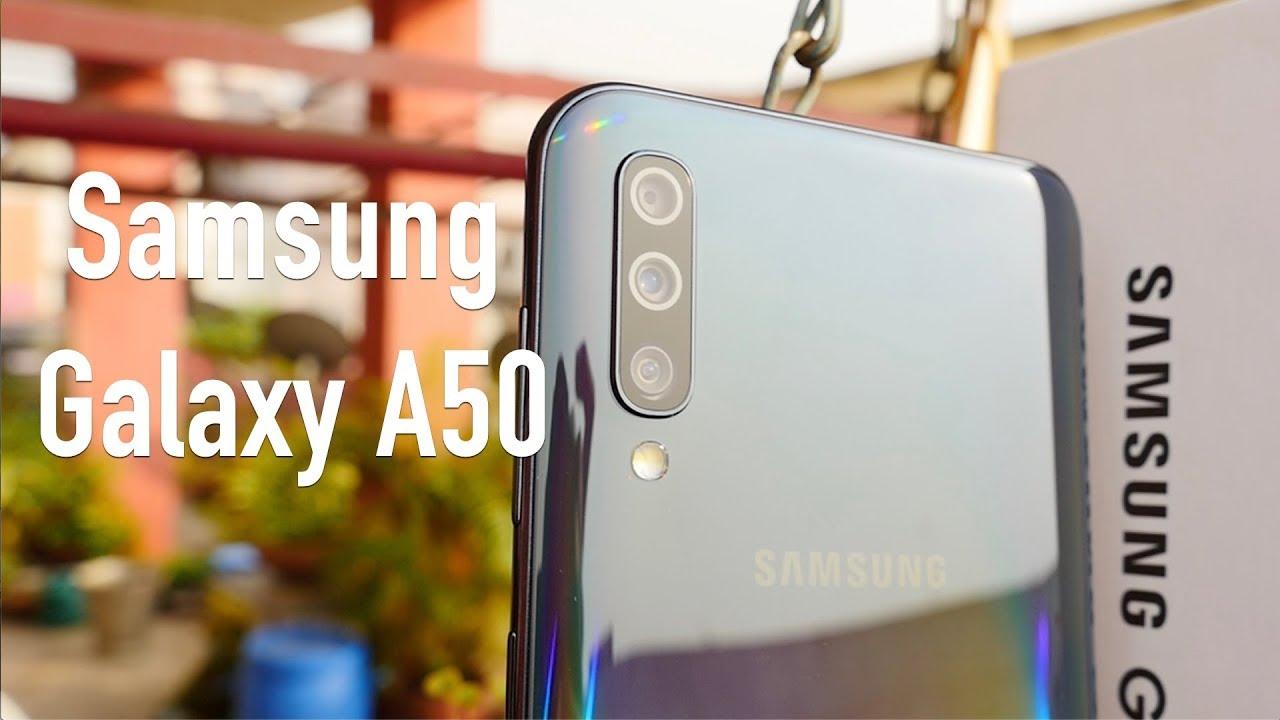 Samsung recently announced their Samsung Galaxy A Series of Phones, with the best in class being the Galaxy A50. The Samsung Galaxy A50 has started to receive the first OTA update which brings in some amazing changes. To keep a record of the updates rolled out to the device, we have started this article to keep you updated.

The Samsung Galaxy A50 comes with a gorgeous 6.4-inch Super AMOLED Display by Samsung which packs in punchy blacks and excellent brightness, and The Device is powered by the Exynos 9610 processor coupled with up to 6GB of RAM. The device has a triple camera setup of 25MP Primary + 8MP Wide-Angled and a 5MP Depth Sensor on the back, on the front, the device packs in a 25MP Selfie Shooter. The phone is a powerhouse as it has a massive 4,000mAH Battery with USB Type C Port. The phone has some excellent speakers and runs on OneUI based on Android 9.0 Pie.

12 November 2019: The Galaxy has started to receive a new update which comes with the version number A505FNXXS3ASK9 brings November Security Patch, improves fingerprint scanner recognition algorithms and more, the update is being rolled out in an ordered manner.

16 May 2019: Users have started to receive a new update with version number A505FDDU1ASE2, this update brings the all-new May 2019 Security Patch and some camera improvements.

30 April 2019: The Galaxy A50 has started to receive a new update, which brings new and major software improvements, such as a new 68-degree wide field of view in the front facing camera, new live bokeh mode, beauty video mode, Bixby routines, and improves the speed of the In-Display Fingerprint scanner.

2 April 2019: Samsung has started rolling out a new update for the Galaxy A50, which comes with version number A505FDDU1ASC7 and brings nothing but improves stability of the smart view.

13 March 2019: The Samsung Galaxy A50 was launched only a few weeks back, and today Samsung has started to roll out the first update for the Samsung Galaxy A50, the latest version comes with a version number of A505FDDU1ASC1 and brings the most recent March 2019 Security Patch to the device, also as this is the first update it brings major improvements in Camera, Performance and the UI.

The Samsung Galaxy A50 was launched with Android Pie (9.0) onboard and as we all know it belongs to a huge giant named Samsung, and Samsung has a good track record of updates, so we can expect Samsung to provide the latest Android Q Update, in later stages to the device. The Android Q Beta has not been provided to the device yet. We will inform you all when Samsung Releases the Android Q Beta or the Official Update.