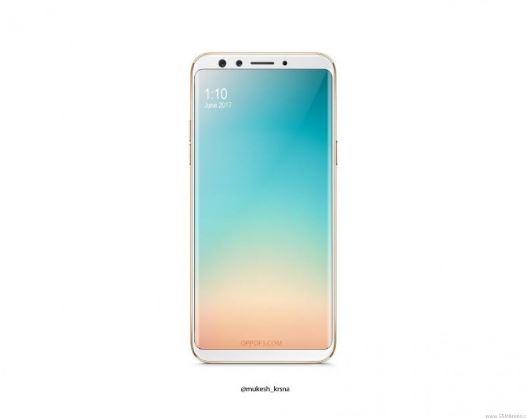 Earlier the specifications of the upcoming Oppo F5 were leaked, and now the phone was spotted in a video. Also, the official poster of the device is also leaked. The poster and video reveal the complete design of the phone, and it will be the first 18:9 ratio display device from the house of Oppo. So in this article, we will be sharing some valuable information about its launch date, specifications, and design.

Oppo F5 will be a Dual-SIM handset and will come with 4G connectivity. As per the rumors, the phone will come powered by a Qualcomm Snapdragon 660(64 bit) Octa-Core processor coupled with optional 4GB/6GB of RAM along with an Adreno 512 GPU for Gaming. It will offer 64GB of internal storage expandable up to 256GB’s via micro-SD Card. The phone will run on Oppo’s custom Color OS based on Android 7.1 Nougat.

As mentioned above it will be the first device from the house of Oppo to come with an 18:9 ratio 6.0(inch) Full HD Plus IPS Screen with a 2.5D Glass over it. As per the video, the phone has a 20MP rear Single Camera with LED Flash while in the front, there is a 16MP Dual Camera setup.

The launch of the device is scheduled on 26th of October and will take place in the Philippines. The device will run on a 4000mAh battery. We can’t comment on the pricing as no official hint from the brand is there and do note that above-provided specs are leaked and rumored, For further official specs stay tuned to us.