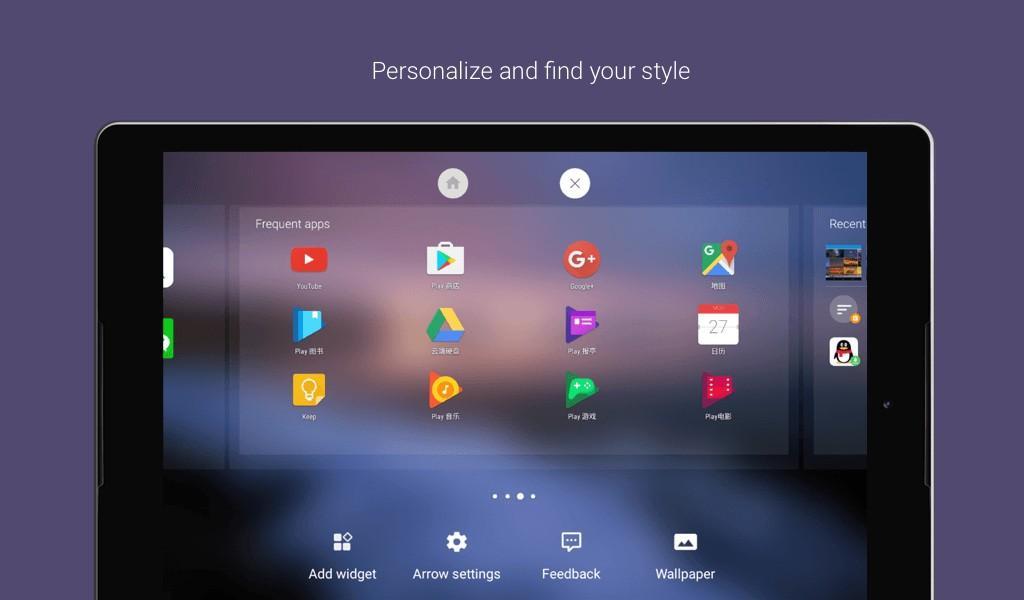 Microsoft’s Windows Mobile wasn’t going so well, and now we have seen its end, so what you do with the remaining mobile assets, bring it to Android and improve whatever already exists. And the tech giant is doing the same first it’s bring ing the Edge browser to Android and iOS, and now they have updated their Arrow launcher for ANdroid as well.

It also brings a central control panel which is positioned at the bottom of the home screen.Continuing with the feed options catalog, now you get everything whatever Microsoft things is right for you(similar to Samsung’s feed). Remember you also need to login to your MS account to use the feed.

Talking about the customization aspects, you get plenty of icons, and a plethora of themes available to customize anything you want, the GUI is also now more matured and feels highly refined than earlier. Finally, you also get “Continue On Pc” feature to keep your photos, documents, browser and other supported stuff in sync with your PC and smartphone.

You can download the Microsoft Launcher(Arrow launcher) from here; it’s in beta stage thou. Join Microsoft’s program to start testing it and give feedback.

For added convenience, we have added the direct link to Microsoft launcher APK as well.