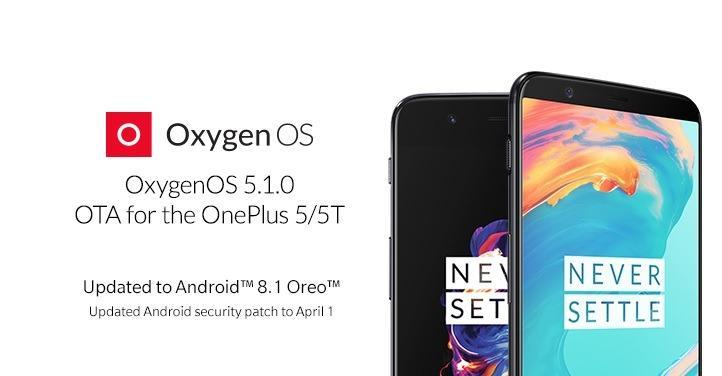 Moreover, the new firmware brings a bunch of new features and enhancements which includes new improvements to the gaming mode, such as optimizations for powering saving mode which is accompanied by better adaptive brightness within the game while its paused. Apart from that the gaming mode now gets network priority in the background, boosting the online multi-player gaming experience.

Moving ahead, the OnePlus 5T specifically only gets full-screen gesture, which the OnePlus 5, unfortunately, misses out on it. Furthermore, the launcher also gets some neat touches such as automated folders naming is adding, which adds names to the folders based on the category of apps it contains. A category tag gets appended to the app drawer.

Apart from that, you will also see features specific to Android Oreo 8.1, such as notification shade changes colors as per your wallpaper, better battery optimizations, a new Burn Cure utility tool and much more. And always the norm like any other major Android Updates this one will also arrive in phases covering one region at a time, slowly spreading across all regions. You can check for such updates manually by heading over to Settings > About Phone > System Software Updates.