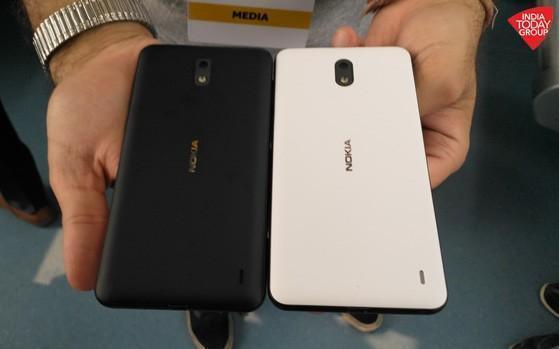 After too many leaks and rumor reports, Nokia has finally unveiled its much awaited budget-centric device named as the Nokia 2. Earlier the device makes its appearance on some platforms, and now it is official. On paper, it packs robust specifications for the price, and in case you don’t know anything about Nokia then it is the budget offering from their house, let’s check all major details about the specifications and pricing of the phone.

Nokia 2 is a Dual-SIM handset and supports 4G connectivity. It comes powered by a Qualcomm Snapdragon 212 Quad-Core processor clocked at 1.2Ghz coupled with 1GB of RAM along with an Adreno 304 GPU for Gaming. It offers 8GB of internal storage expandable up to 128GB’s of internal storage. Though the information about the RAM was not revealed officially. The phone runs on Android 7.1.1 Nougat and offers a stock experience with a promise of Android Oreo update.

The phone sports a 5.0(inch) HD LTPS Display with a resolution of 1280 x 720 pixels and a Corning Gorilla Glass protection. In the Camera segment, it has an 8MP AF Camera on the rear with LED Flash, and in the front, a 5MP shooter is present. The phone’s frame is made up of 6000 Aluminum series, and the rear is made of polycarbonate. The significant advantage of the phone is its massive 4100mAh battery. It will be available in Black, Copper and White color and is priced at 99 euros(around 7,500 INR). Indian customers are still waiting for the Indian pricing.

For more Tech updates stay tuned to us.