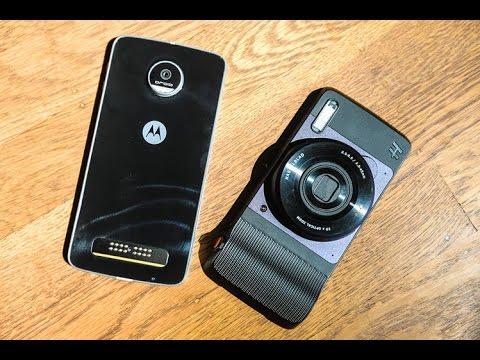 The champ Moto Z Play was very well received around the globe, and Motorola updated it to date with all the security patches, but it was missing the much awaited Android 7.1.1 Update as it was already running on 7.0. Now finally the soaks tests are over, and the Nougat 7.1.1 update is being rolled out in India for the Z Play. The last update that the smartphone received was Android Nougat 7.0 Nougat back in February this year.

The new update brings a new redesigned notifications shade, better multitasking features, and app shortcuts that allow users to perform quick actions related to the app; simply just by long pressing on the app’s icon, like on the Google Pixel. Notably, just like in the case of the Flagship Moto Z(2016); the Android Nougat 7.1.1 update for the Moto Z Play also brings along the monthly security patch update to the smart phone.

On the Launched date it came with Android 6.0.1 Marshmallow. Under the hood a 2 GHz Octa-Core Qualcomm Snapdragon 625 processor, coupled with 650 MHz Adreno 506 GPU. In the memory section, 3GB LPDDR3 RAM, 32GB internal memory expandable up to 2TB and dual micro-SIM dual-standby 4G VoLTE.

If you haven’t received the update pop-up yet head over to Settings > About Phone > System Updates to check manually.