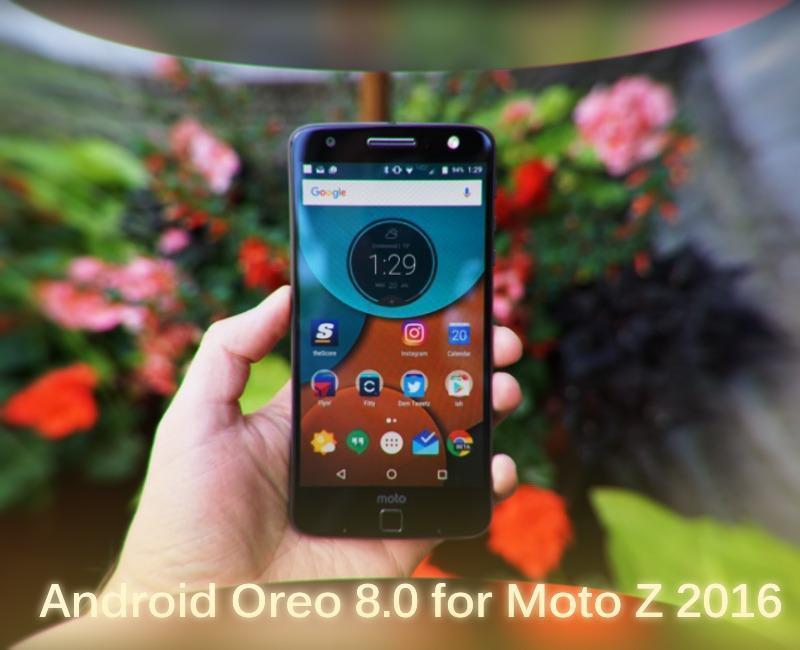 Android Oreo update is the hot topic in town as everyone is waiting for this latest flavor of Android, all the latest flagships, as well as some budget phones, have already received the update. Motorola who is well known for updating its phones to the latest version of Android was lagging a bit since last year. However, the company has managed to update its newer devices to Android Oreo 8.0, and now Motorola is rolling out the much-awaited Android Oreo 8.0 for its former Moto Z 2016 flagship. The latest OS update will be soon making its way to the Indian shores and is now seeding in Europe as firmware version OPL27.76-51.

So, Moto Z users from Europe get ready for to grab the OTA update, and along with the Android Oreo 8.0, it also includes the March 1st security update baked within it. Moreover, the Oreo flavor brings a bunch of new features such as the picture-in-picture mode, intelligent Auto-filling of text fields, 2x faster boot times, Notification dots; Android Instant apps let you use the app within the browser without installing them and much more exciting are packed with this one.

Nonetheless, as always the norm such major updates rolls out in phases covering one region at a time, so at this early stage, it might be available in some parts of Europe while other regions have to wait for a bit. Furthermore, before installing the Oreo Update, make sure you have at least 50% or more juice left on your Moto Z as the installation process might suck up more juice than usual.

Finally, you can keep checking for the update manually by heading over to Settings > About Phone > System Software updates. While Motorola also promised that the Moto Z Droid versions would also receive the Android Oreo update in the coming weeks.