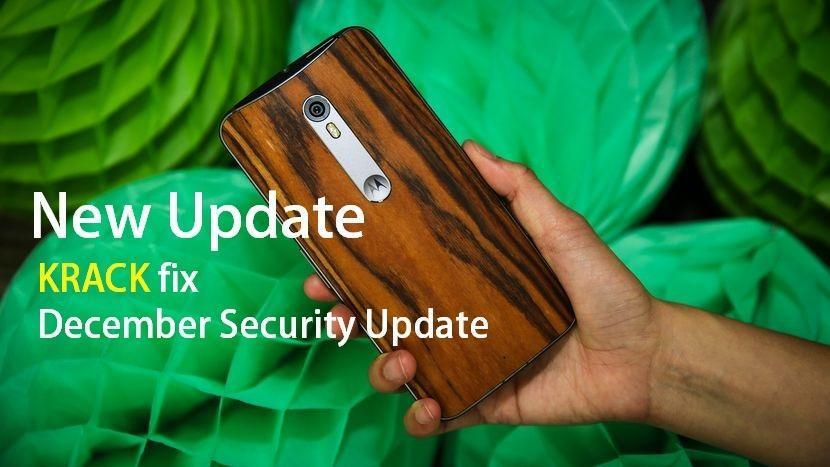 Motorola is currently pushing out a new software update for its two-year-old flagship that’s the Moto X Pure Edition. This latest update for Moto X PE brings the October Security patch which includes the KRACK WiFi vulnerability fix. The firmware upgrade bumps the version to 25.201.1 so look for that after updating. And other than that you get general bug fixes and stability improvements. The KRACK  exploit allows the intruders to take access of your WiFi traffic and might steal some sensitive data, for instance, if you are making an online payment via net banking the hacker can easily get packets containing your ID and Pass, so install this update as soon as possible.

Apart from that, no signs of Android Oreo yet for the device as it has already completed it’s two-year update cycle. But it’s good to see a two-year-old device getting some software updates. The Moto X Pure edition was launched in 2015 along with the Moto X Play, and both were started on Lollipop, then got upgraded to Android Marshmallow and then later to Nougat 7.0.

Now, as per the norm, before you update your device, make sure you have more than 60% battery left, to successfully installed the update without any failure in the installation process. Moreover, if you haven’t received the update pop up yet then, keep checking manually by heading over to Settings > About Phone > System Software updates.

The update shall spread across the globe in phases you should know this by now and will take time to reach specific region. If you have the Moto X Style, which is just a rebranded version and you also got this latest update, then please mention that in the comment section below.