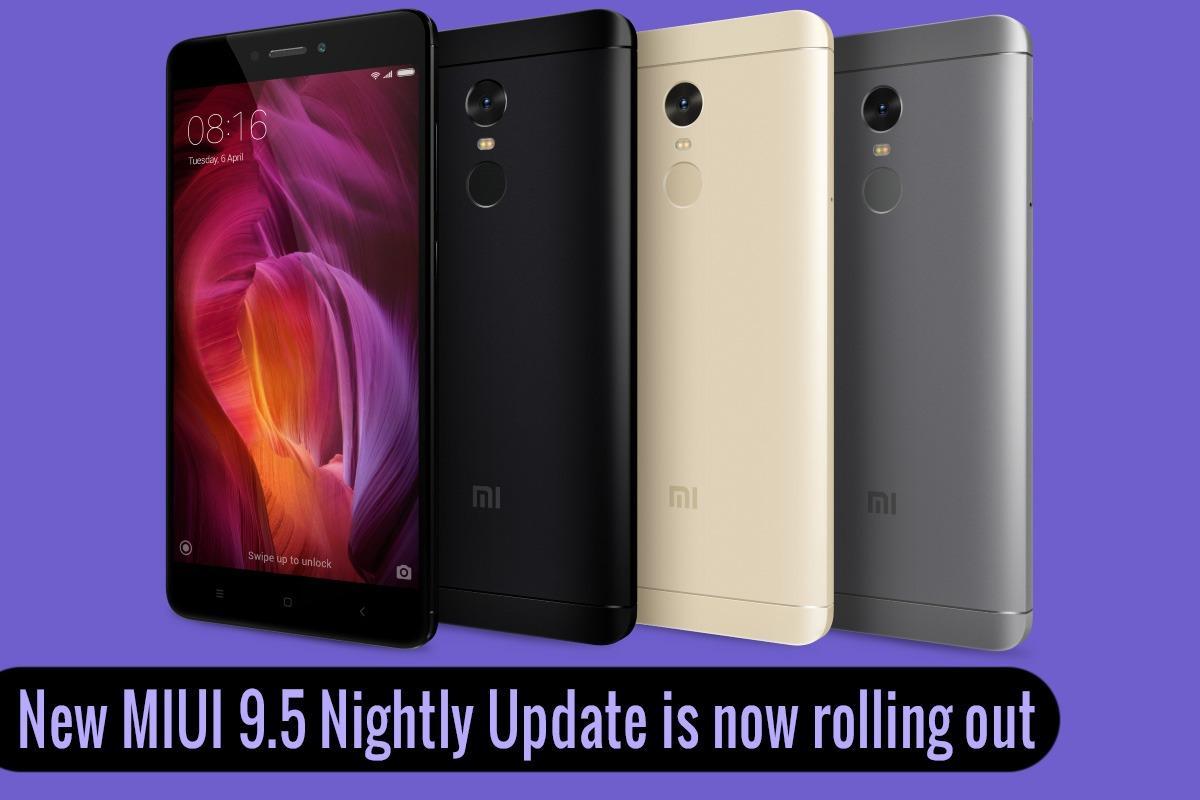 Xiaomi’s is currently rolling out a new version of its custom skin, the MIUI with version 9.5 to random devices. However, this is not the Android Oreo update so don’t get your hopes too high; it is still based on Android Nougat 7.0. The users who received this update reported about a bunch of new features which included the much-beloved Notification shade which is now available. It was introduced by Google back with Android Nougat and now has made its way on MIUI 9.5. The update’s size is around 1.3GB and comes with firmware version as MIUI 9.5.4.0.NCFMIFA.

Along with that, Xiaomi also adds the latest February Security patch, new ringtones, fresh device unlock sounds, as well as device charging sounds, were also a part of this update. The update is currently explicitly spotted on the best selling Xiaomi Redmi Note 4. Another thing to note here is that this isn’t a stable firmware update yet, and is currently just a nightly update.

So users, who will receive this update needs to know the facts that come with a Nightly, which might include some minor crashes and instabilities. So, please do keep this in mind, while downloading and installing this update. Moreover, as this is a Nightly, this MIUI 9.5 update will be rolled out for a limited number of devices, and after the testing is done by this few beta testers, all the reported bugs will be fixed, and then the final stable update roll out shall begin.

Lastly, if you haven’t received this MIUI 9.5 nightly and curious about what’s with it, then you can manually flash it by booting into the recovery mode. Download link for this update file is given below.