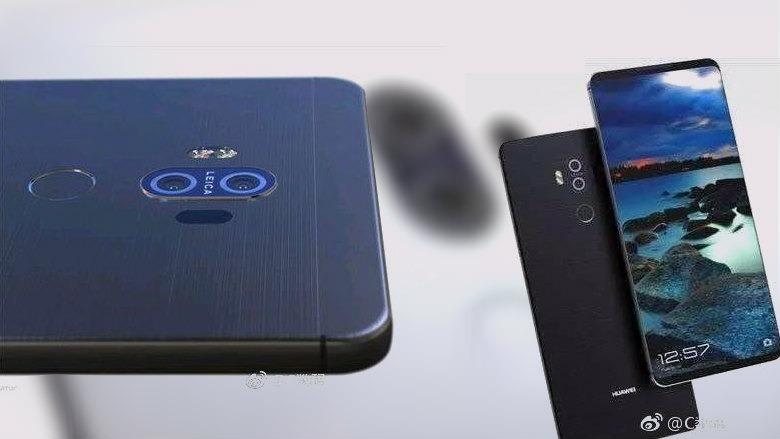 Huawei, the Chinese technology giant, is all set to launch its latest Flagship, the Mate 10, recently Evan Blass has tweeted that the codename of their upcoming flagship is “Marcel.” Recently Huawei has also revealed an image in which their devices are placed generation by generation, and the upcoming mystery device is also there with a Dual-Camera setup. The launch of the device is scheduled on 16th of October, anyway, let’s check out the rumored specifications of the phone.

The phone will directly compete with the recently launched Samsung Galaxy Note 8. As Huawei is also teasing by their tag-line #beyondthegalaxy, which means that they are cooking something better than the Samsung’s Flagship lineup. The images revealed are showing that the device will have a slight curvy design as seen on the previous generation of Mate-series. Recently Huawei has also uploaded a video; you can watch it below:

What we are decoding from the video is, the phone will have a superior Cameras which will be designed by a well-known German Camera brand. The video shows a glimpse of the capabilities of the upcoming Mate 10, though it looks like a serious Camera centric phone. Galaxy Note 8 will also be made available in October, and the Mate 10’s launch is also scheduled in October which means it will going to be a tough competition for both brands.

Huawei Mate 10 is rumored to come powered by Huawei’s homegrown Hi Silicon Kirin 970(64 bit) Octa-Core processor which will be based on the latest 10nm architecture. Along with this, it will be made available in two RAM variants i-e 6GB and 8GB of RAM. The phone will be available in 64GB/128GB/256GB ROM options and will run on the latest custom UI based on Android 8.0 Oreo. If Huawei is calling it beyond the Galaxy, then there is a possibility that Huawei might come with a Bezel-less curved screen as well because one of the biggest highlights of the Galaxy Note 8 is its Infinity Display. For more info, we have to wait for 16th of October.