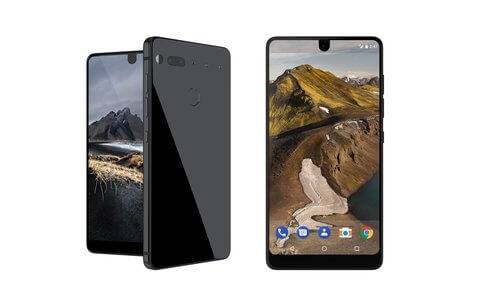 After a long wait, the Essential phone was finally launched last year by the co-founder of Android “Andy Rubin.” The device received mixed reviews during its launch, but after getting a huge price drop, it is rocking the market with its flagship specifications and attractive pricing. The brand is not behind others in any terms as they are providing time to time updates for the device to fix the existing and new issues, recently the brand has released a new software update for their only Essential Phone, so let’s check out more about this update.

Recently some new vulnerabilities came into existence which may affect the ARM-based and other processors from AMD/Intel so to protect the devices brands are rolling out a new update for its devices. The brand has also entered in the list of few ones who are offering this update; the Essential phone has recently received a new software update which aims to fix these vulnerabilities, it is an OTA update which means it will be arriving automatically for the device.

One of the major highlights of the update is that it features an up-to-date January Security Patch, this patch includes various elements which protects the device against some viruses. The update is based on the Android 7.1.1 Nougat, and it came with a version number NMJ88C, the update weighs tiny at 66.2MB’s, and no further noticeable changes are present in the update. Before installing the update, please make sure that your device should have a minimum charge of 50%, in case you haven’t received this update yet then there is nothing to bother as you can check it manually as well by jumping to the settings menu-about device-system updates.