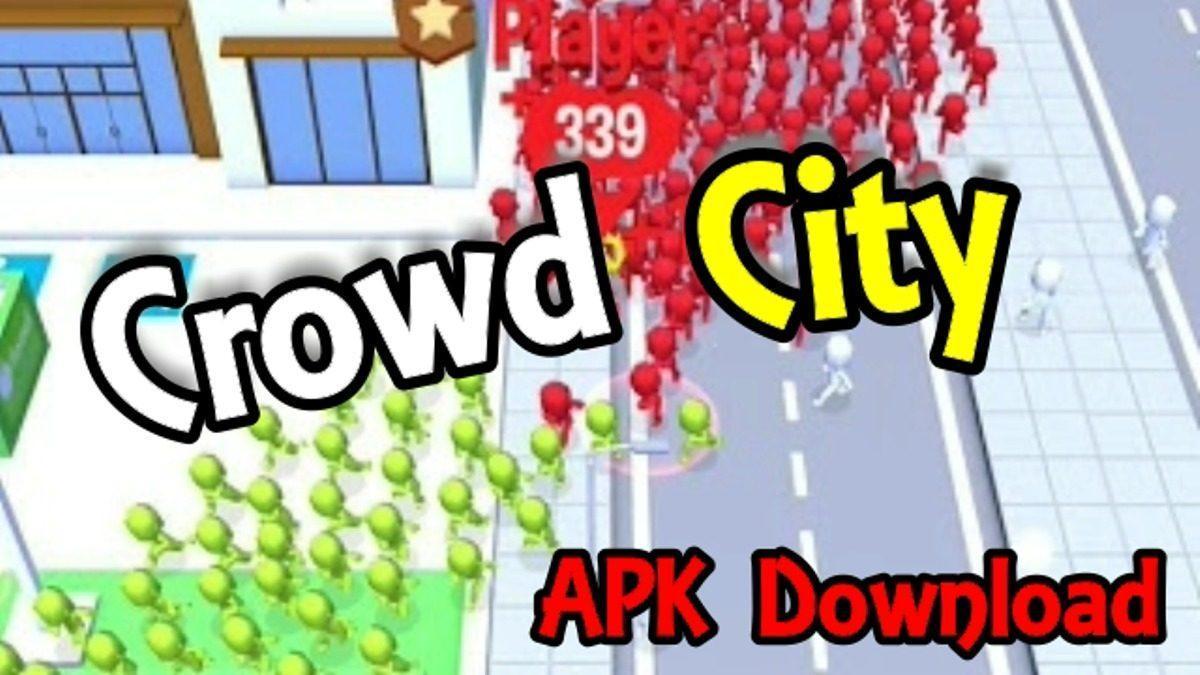 Well, some websites are providing Crowd City APK for Android, but after our whole two days of investigation, installing around 20 APKs and decoding the entire thing we found that every single Crowd City APK is fake. Don’t worry we have given some good Crowd City alternatives which you will see below.

With Crowd City game, you can be a leader of a group of joggers on the street; you need to talk with them and let them join your group. The concept of this game is unique, and it is the latest game by the very famous Arcade game developer ‘Voodoo.’ On the App Store, it ranked #1 in Arcade Game. So, now you can understand the popularity of this game in a very short period.  If you have tried another game from Voodoo, Black Hole. The newly launched Crowd City is based on opposite them of Black Hole. It’s like Voodoo just played a reverse card and developed this game.

Be a Leader of Crowd: Make it Big

Crowd City is based on a very simple theme, as the name is suggesting the city you are living in a very crowded place, and lots are people are moving on the street. Everyone is busy with their work, and daily life. And, here comes your task: Run on the street, and invite everyone to join your group.

Crowd City is a competition based multiplayer game, in a game total of 10 players play together including you (every player have particular color). Every match last for only 2 minutes, after which the group with the largest number of member wins, and crush all other small groups. People with white color on the road is not part of any group, so you need to invite them to join your group, and make your group the larger one.

The whole theme of Crowd City is based on leadership, there is not any violent or fight is going to happen between a group of people. It’s like democracy, larger number wins. But, the game enables an option to ‘swallow’ other group of people if you have biggest members than others, you can swallow other groups to defeat them. But, be careful pro players can steal your members too.

Crowd City, is joined by players around the globe, and every time you won a 2-minute game. You will win lots of starts, that will help you to reach #1 Rank. The starts will use to buy people from the street. The number of stars, the number of people, and the more chances to win the game.

Voodoo has designed the whole interface in a very minimalistic, and beautiful way. The interface is simple, and the graphics are beautiful and 3D. It increases the user experience and makes you addictive to the game. Also, the sound, and music of the in-game experience are perfect.

The Crowd City is overall a very creative, and unique game. It is completely based on a unique challenge with fun gameplay. The Android Users cannot enjoy the game, because Voodoo has not developed the Android version of Crowd City, but it is under development and releasing very soon.

The Crowd City is based on a unique concept, as I said in the article above. Many games are based on the same concept. So, we have filtered two games which have the same gameplay, and graphics like Crowd City. You can try them for free.