Back in October, OPPO launched the OPPO A15 smartphone in India. Ahead of the launch, the device, along with the A15s, was spotted on several certifications. Some weeks ago, the supposed sibling, the OPPO A15s, also appears on Malaysia’s SIRIM certification website suggesting a global launch. As tipped by Mukul Sharma.

Update: As we leaked and expected Oppo A15s with the triple rear camera setup, MediaTek Helio P35 SoC launched in India. The smartphone is backed by a 4,230mAh large battery and comes with a rear-mounted fingerprint scanner. The camera and other specs remain the same as the Oppo A15. However, on the RAM and Internal storage side, the smartphone has a larger 64GB of storage and 4GB of RAM. Also, the Oppo A15S is priced at Rs. 11,490 in India. If you own an OPPO device, then you should have the MSM Download Tool.

Now, a month ago, a device with the same model number appeared on Singapore’s IMDA and Europe’s EEC certification listed under OPPO. And among this, the IMDA website revealed that the device would be called A15s.

Hence, we can expect similar pricing for the A15s. The Indian buyers will also get 5% cashback on various bank account cards, as mentioned in the poster. 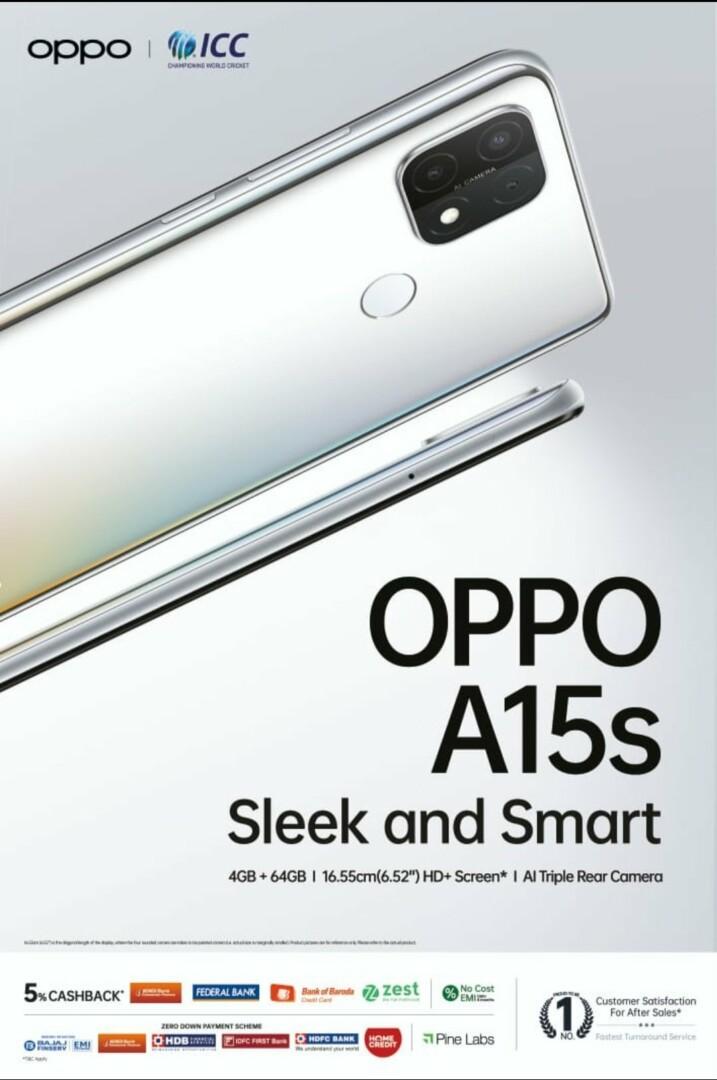 According to the leaked material, The OPPO A15s features a 6.52-inch IPS LCD that produces an HD+ resolution of 720 x 1600 pixels.

Under the hood, it is powered by a MediaTek Helio [Expected] chipset paired with 4 GB of RAM. It has an internal storage of 64 GB and a microSD for extra storage. At the back, you get a triple-camera setup with a 13MP main lens and two 2MP sensors. Upfront, we have a 5MP selfie shooter. However, the camera specs are expected and not confirmed by the leaked poster. The other specs are also supposed to be similar to the sibling OPPO A15 smartphone model.