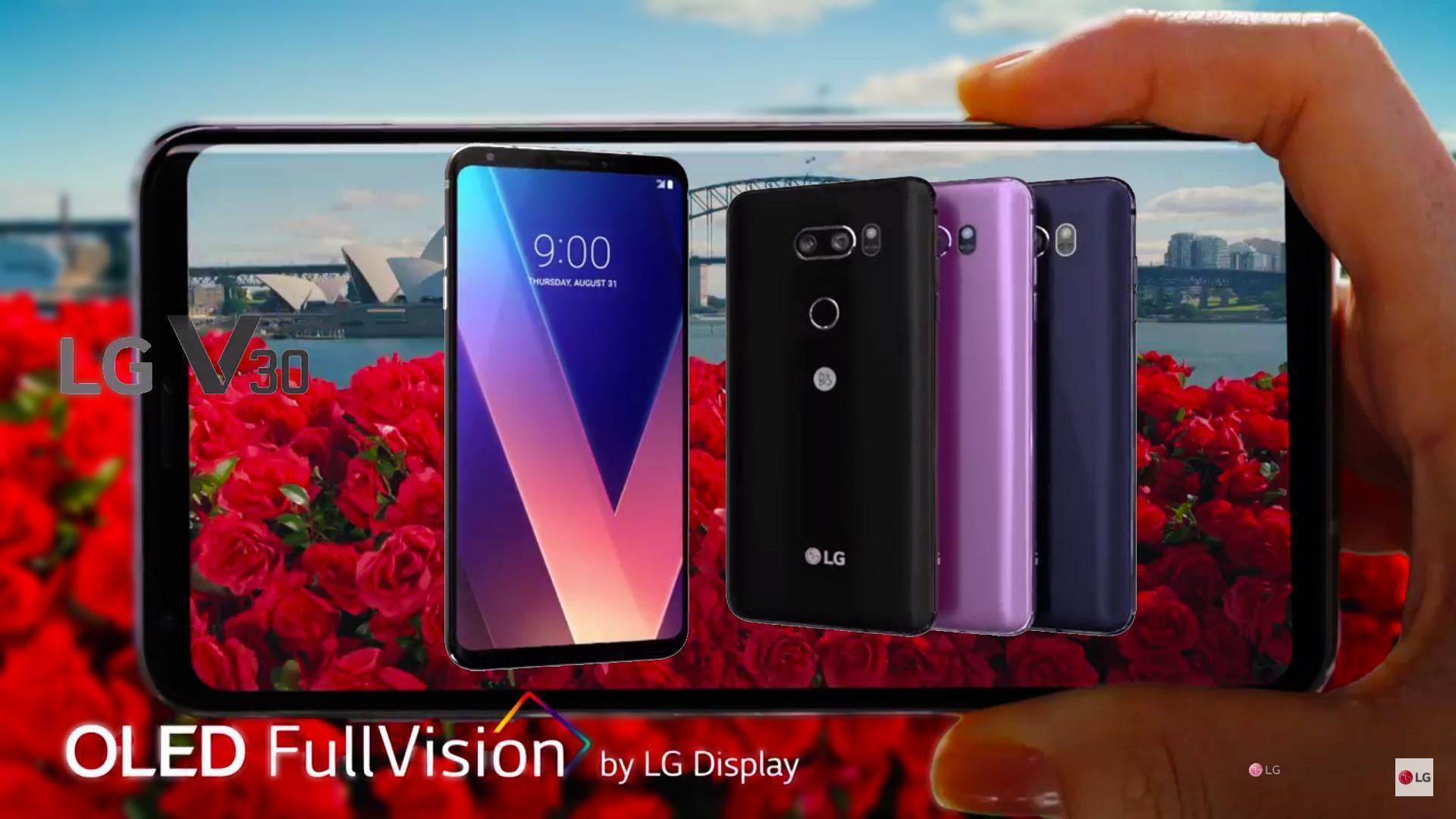 LG’s much-awaited flagship from the V series after a lot of teasing is finally here to wow everyone with its gorgeous P-OLED display which is based on LG’s full vision display technology achieving an impressive 83% screen to body ratio.

It’s the company’s first phone with an OLED display, and it’s touting out its cinema like viewing experience along with the edge-to-edge flow of the screen, which has now become a norm among major flagships.

The V30’s theater style view is not only limited to its display. But it takes it further with the astonishing F/1.6 aperture camera with a new Cine Video mode that gives you that eye gazing cinematic look. While the other one is a 13-mega pixel sensor, with a 120-degree wide-angle lens, which comes with an aperture of f/1.9

V30 houses Dual-Sensors(one regular another wide angle) and comes with an in-depth Manual mode(Pro-mode). The audio recording is also rated to be the best record in raw format which you enhanced further.

Apart from that, LG also introduced us to its Graph feature, Which in laymen’s terms conveys, ripping-off your favorite photographer’s skills, with fancy filters and settings from their rig. We’re kind of sure that this new sensor on the V30 could live up to its hype considering LG’s touting of how professional photos could be achieved with it. And the larger aperture is seen first time in a smart phone and will deliver the best low-light photography experience.

The V30 not only stops there, LG’s like previous its predecessor has also included an improved 32-bit Hi-Fi Quad-DAC by Bang & Olufsen for a mesmerizing audio experience and will also take advantage of your high-end headphones if you fancy so.

Moreover, coming towards the specs, as it’s a flagship it has all the latest and greatest, cutting edge silicon that goes hand-in-hand with the other main flagships this year. So, nothing’s left here to be desired. Apparently, the battery is a decent 3300mAh with fast charging as expected.

But it’ll be interesting to see how it holds up, given that it has a massive 6.0-inch Quad HD display to push on, without any lag whatsoever. Because LG’s new UI is still here to serve your endless customization dreams as well as keeping your productivity game as high as possible on the V30.

The V30 as mentioned by Juno Cho, president of LG said: “The V series has always been demonstrating new practical mobile technologies; that contribute to the high-quality content creation and the V30 has not lost sight of its roots,”.

We agree with that, but it surely lost its secondary display; that it was earlier famous for and the luxury of a removable battery, which is rare in today’s era.