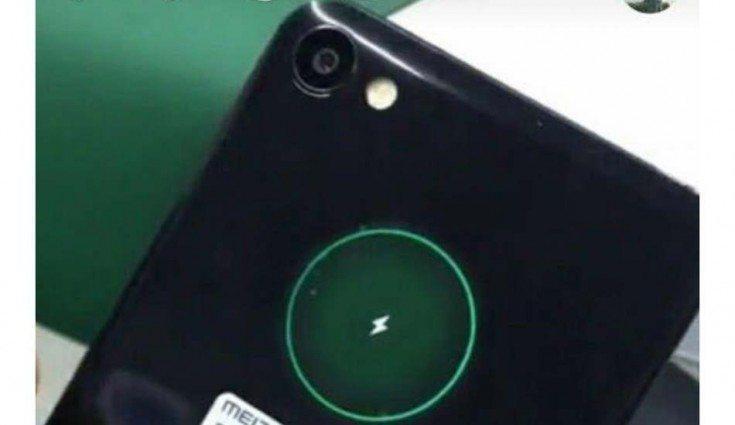 Meizu, a China based brand known for its cheap smartphones recently launched its two Flagship phones named as the Meizu Pro 7 and the Pro 7 Plus, but a new leak is spreading online about the image of the upcoming Meizu X2. The phone is expected to offer a secondary screen in the rear, but in the picture, it is visible that unlike the Pro 7-series it will provide a round display. Anyway, let’s take a look at the leaked and expected specs of the phone.

It is rumored that the secondary display on the Meizu X2 will show relevant information like notifications, battery level, etc. only which concludes that it will not have enough features to replace the main screen. The phone will have a 5.5(inch) Full HD IPS screen with a resolution of 1920 x 1080 pixels. It is visible in the leak that the phone has a single Camera in the rear as compared to the Dual-Camera setup of Pro 7.

The phone is expected to come with a MediaTek Helio P20 Octa-Core processor along with a Mali-T880 GPU. It will come with 4GB of RAM. The image shows that it will have a Glossy Glass design with a Metal rim. The Fingerprint Scanner will be present in the front below the display, and it will offer all features which other Meizu phones offer with much technology. In the Camera section, it may have a 12MP snapper with Aperture f/2.0, PDAF, LED Flash and in the front, it will have an 8MP selfie camera.

The phone will run on Flyme OS based on Android 7.0 Nougat. The phone will have a 3500mAh battery with mCharge technology. It will offer basic features including 4G connectivity, Wi-Fi, GPS, NFC, Bluetooth, etc. It will be available in 2 variants 32GB and 64GB.