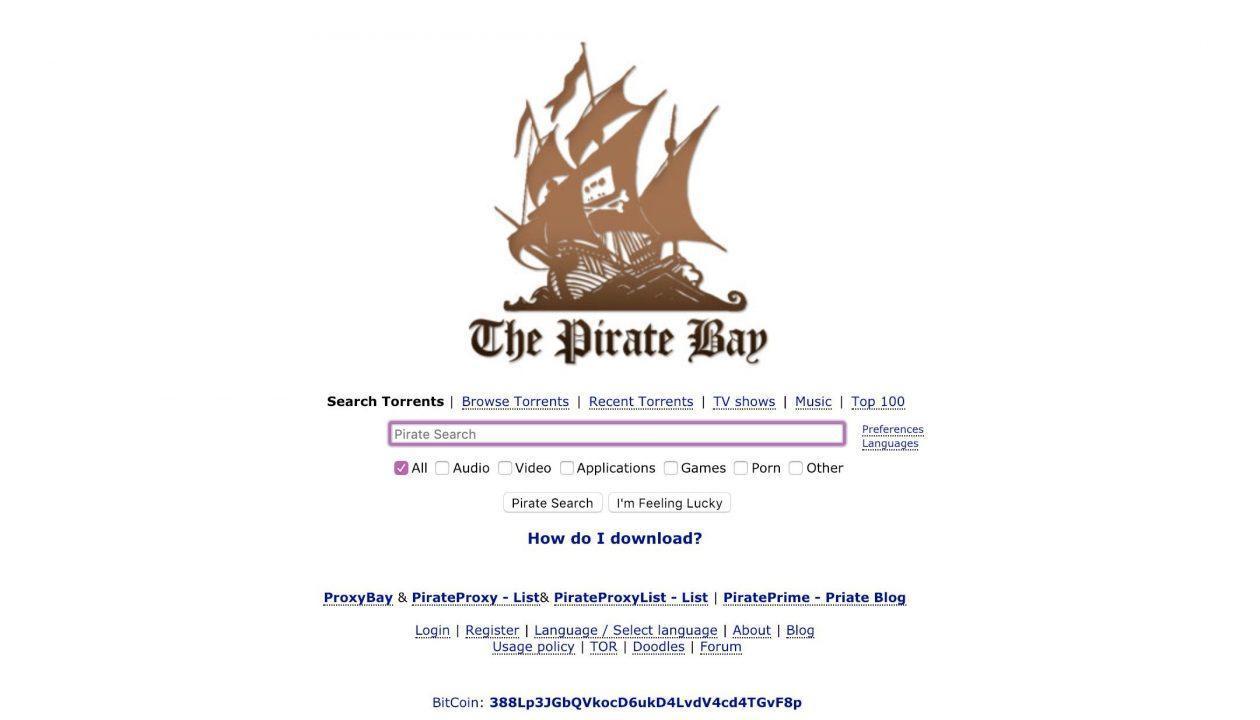 A Torrent file, a.k.a. meta info is a computer file that contains metadata about folders and media files to be distributed in peer to peer (P2P) file-sharing over the internet. In recent years online streaming services have emerged as one of the best destinations for entertainment seekers all across the world, but downloading games, movies, TV shows from the torrent sites will never go out of the line. Also, read KickAss Torrents Alternatives: 19 Best KAT Sites Still Working.

Note – we do not encourage you to use the torrent files from such sites. Downloading and distributing copyrighted contents from the torrent file is known as piracy, and piracy is a legal offense. So use these sites at your own risk.

***These sites regularly change their domain name to escape from blockage so you can always reach them by searching on Google or can find mirror links of the same. Also, some nations block them so you can use any VPN service to access them***

The Pirate Bay, sometimes also known as TPB, is one of the best torrent sites with completing 15 years in 2018. It allows users to search, download, and contribute torrent files and magnet links, which facilitate P2P (peer-to-peer) file-sharing among visitors of the BitTorrent protocol. There has been a lot of time when PirateBay has been in the eye of many nations. Due to different policies and regulations in every nation, PirateBay has been blocked in several countries, so this torrent site is being available with many other domain names. But right now, it is available on its original .org domain. It is available primarily in English, Swedish, and other 35 languages.

Established in 2007, 1337X was widely used in 2018 was ranked higher than in previous years. It gained popularity after KickassTorrents closed down in 2016. 1337X is banned from Google search and does not bring up the original site while searching through Google search. Due to blockage in many countries, it usually changes its domain name. In recent time, in order to evade the block, the site has moved from .pl to .to, and it has a dedicated community of uploaders which regularly provides fresh content. It has been touted as the best alternative to The Pirate Bay in the face of its potential demise.

If you are one of the movie geeks who like to download movies online in good quality, then you must have heard the name of RARBG. rarbg has become the synonym of qualitative movies, TV Shows, games, and other cracked software since 2008. With over 500k users per day, it is one of the popular and trusted torrent sites among visitors worldwide. Currently, it is blocked in over 15 nations but available with proxy and other domain names. It is easy to use, and the presentation of the torrent index and magnet link of the files is phenomenal, which makes it gain its name among the top free torrent sites in the world.

YTS (previously known as YIFY Torrents) is a P2P release group best known for distributing many movies as free downloads via BitTorrent. It was popular among users as it was providing HD video quality in small file sizes. Official YIFY or YTS was shut down in 2015, still YTS.AM gains very high traffic. Initially, YIFY was the group that was encoding and uploading movies on ThePirateBay and KickassTorrents, but after seeing so much popularity and becoming the most searched term on BitTorrent websites. But currently, YTS is fulfilling all the demands of the visitors and striving to give the users what YIFY was providing.

Torrentz.eu was a fast, free, and powerful meta-search engine that indexed torrent results from various websites. But due to some reasons, it was taken down in 2016, and its unofficial stand-alone clone website named Torrentz2.eu is right now online and providing all the features of the original site. In 2012, it was the second most popular torrent website. Its user interface is simple; users have to type keywords and can find a list of matching torrent files. Torrentz2 initially indexed 60 million torrents where users can link to other most matched torrent files.

EZTV, a TV torrent distributing group established in 2005, gained very much popularity due to its qualitative contents. It provided torrent index and magnet links, but it was shut down in 2015 after a hostile takeover of their official domain and claimed ownership of the brand. The new owners currently operate from EZTV.io and release torrent files there. Due to its controversial history, etc. releases are banned on some other torrent sites. EZTV.io has been gaining so much traffic in recent years, and it got a place in our roster of top free torrent websites in the world.

RuTracker – The most trusted torrent site

Torrentdownloads.me is the best torrent site with a big database and offers a high quality of torrents, making it a superb & first choice. The torrent files are presented in various categories, which makes the searching process even more comfortable. Users can rate torrent files and comment on them to put a review about the file. These things help others to check whether any particular file is real or a fake. It has gained popularity as several nations are blocking some other reliable sites, and this torrent site has been pushed forward in Alexa rank due to its high usage.

You might not have heard about Zooqle, but it is one of the most searched free torrents to download free movies, TV Shows, and games. It boasts more than 5 million verified torrents. The frequency of legitimate torrent files and the size of their database have had maintained its popularity among the users all across the world. The clean and simple user interface is the main reason to try this torrent. If you are new to the BitTorrent world, then you should definitely try this site. So it has become the must use the torrent site so far.

Torlock is a search engine and torrent index especially dedicated to TV series and movies. It operates to provide only genuine and real torrent files. In order to maintain this, once they announced a program in which every user is being paid $1 for every fake torrent they find on the site. It consists of more than 5 million torrents providing various contents other than movies and TV shows like Games, Music, eBooks, Applications, Anime, and many more. Introduced in 2010, it generated more traffic in countries like India, China, the United States, and Pakistan. It is banned in Australia, the UK, and some other nations, but you can always use its mirror link to access the whole site.

iDope – An alternative to Kickass Torrents

iDope, a newly launched torrent search engine that provides magnet links to direct download. It was established in 2016, but still, it has gained the trust of the audience in a very little time. It generates the same amount of traffic like some other well-established torrent sites. It offers a transparent user interface and has a mobile version, which makes it possible to get a torrenting experience on smartphones. With over 18 million torrent files database, it has a massive collection than some other popular torrent websites.

LIMETORRENTS – The most popular torrent site

No matter if you are a rookie or a master in the torrent world, you must have heard the term Limetorrents. It is one of the most popular and significant torrent sites all across the globe. The owners of the site also operate the torrent cache iTorrents that is being used by many other torrent search engines. This site has been the target of many nations’ regulations, which lead to its blockage, and still, it is always available with alternative mirror links and proxy links. It garnered a lot of traffic last year, and it managed to get a place in our list of the top best torrent website.

Some other Popular torrent sites:

These are some of the finest and widely popular torrent sites across the world. If you have your favorite site which doesn’t appear on our list, you can share them with our readers and us through the comment box. You can use them to download high-quality content at your own risk as piracy is an offense. Share this article with your friends on the social media platform. If you have got any suggestions or feedback, then you can share it with us in the comment box.