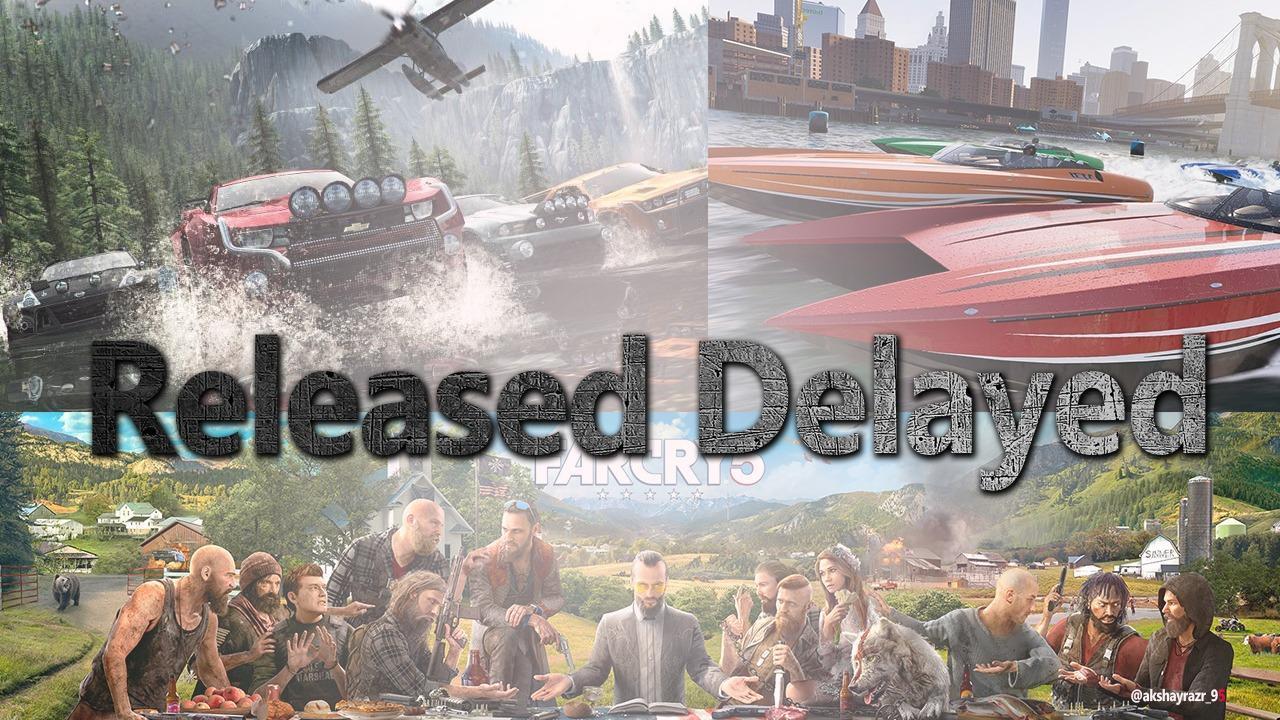 Ubisoft which ought to bring the biggest and the most fabulous sequels of two of its major games today announced that Far Cry 5 and The Crew 2 would be delayed by a month or more, that means gamers have to wait for a month more for these highly awaited games from the French studio. The development of both the games has been temporarily halted for now as the studio will put that delayed time in use, by polishing the game and making a more engaging experience for its fans.

The Studios Executive director Christine Burgess-Quémard released an official statement on behalf of the development team and the excuse for the delay’s; it reads as follows:

“These delays are in line with our strategic vision of developing even more engaging and higher quality experiences for gamers. Taking more time with Assassin’s Creed Origins enabled our talented development team to fully express their creative vision. As expected, this had a very positive impact on the game’s quality and contributed to its commercial success. Taking a similar approach, we have decided to invest additional development time in three upcoming games.”
Moreover, the new delayed date for The Crew 2 is pushed from March 16th, 2018 to between April and September, and that’s a lot of time in waiting for the racing game, it’s Rivals like Need for Speed: Payback and Forza 7 will take over the market by that release time. However the situation with Far Cry 5 isn’t that bad, the new rescheduled date is March 27th, 2018. Which is just a one month hop from the actual Feb 27th’s date?
Yes, with Assasian Creed Origins, Ubisoft delivered, and the game didn’t suck, and in person, the game looks like what we have seen in trailers, and we hope to see the same with these two games, while the third title is yet unknown for now.
The Far Cry 5 series is based on its roots but with a differently themed storyline and map this time, while The Crew 2 gains much more variety’s to race in with, both are sequels are related to some significant names in the world of games. Let’s see next year, that was it worth the delay, by Ubisoft or not.
Share on Twitter Share on Facebook Share on Pinterest Share on LinkedIn Share on Reddit Share on WhatsApp Share on Telegram