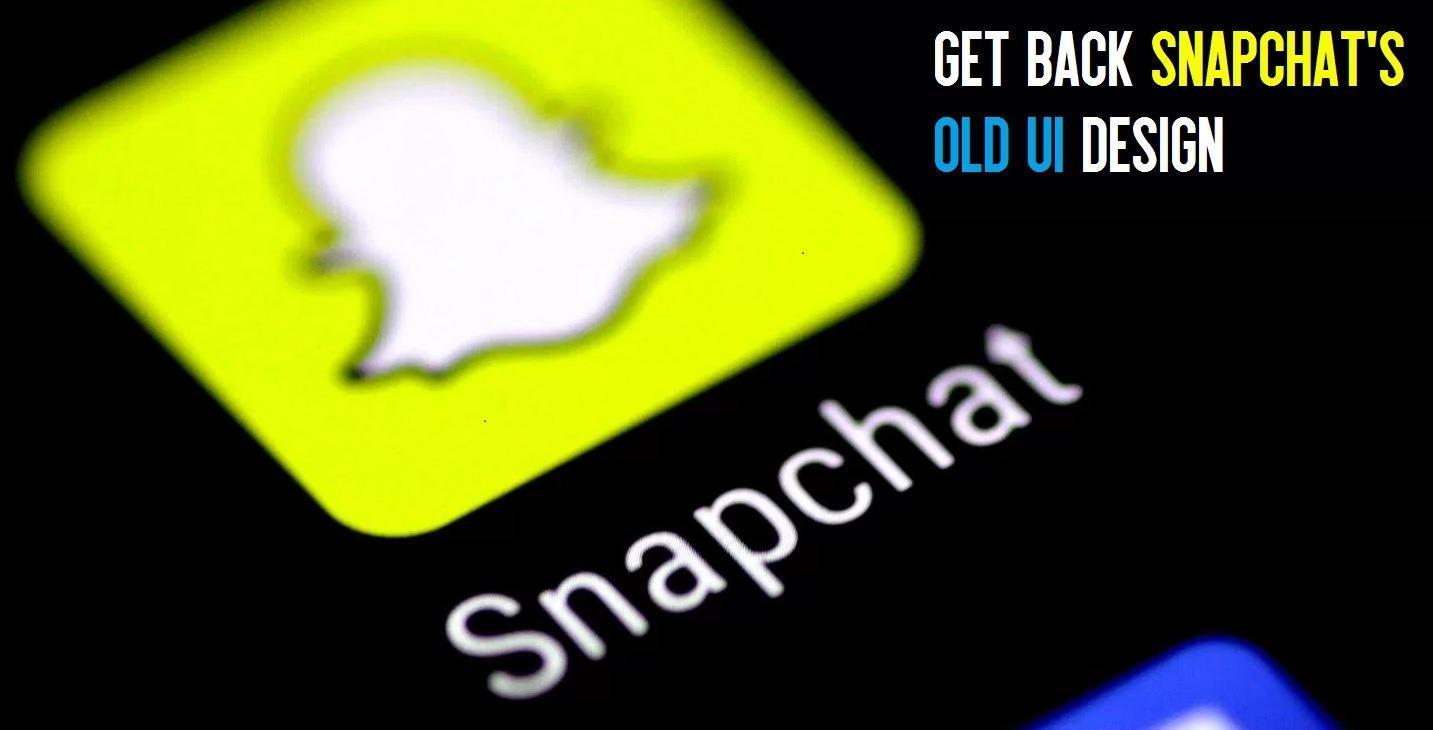 Snapchat users around the world have not warmly welcomed Snapchat’s new design of its app. More than 180+ million Snapchat users are upset about the new design changes that the developers have brought and users even took it to a public petition site, which immediately received more than a million signs, to revert to the good old Snapchat UI, which is what everyone preferred.

The new design was beta tested back in November to early December 2017, and now the final stable version is rolling out for the users first from the UK, US, and Ireland. But after a pale response from the audience, the developer definitely needs to figure out what to do next. Till then if you’re annoyed with this design overhaul, which many Snapchatters complain being too much cluttered and one can miss a story easily in this mess.What you can do is restore back to the previous version which had the right old design, until Snapchat figures out something. And in this post, we take a look at how to get the old Snapchat design.

How to restore back Snapchat’s old Design

Step 2: Uninstall the new/latest version of Snapchat from your Android phone

Step 4: Once, you install this old apk, disable Auto-update or else it will again update to the new app, which we don’t want.

Step 5: Log-in and now you should see the old design and the new ugly layout is no more

Step 6: To disable Auto-Update go to the Google Play Store and search Snapchat, once found tap on it, now you’ll see three dots on the top-right corner Tap on it and Un-check the Auto-update option.

Users who are on Custom ROM, make sure you backup all your Snapchat Data with Titanium Back-up as you won’t be able to log-in to the app if your ROM doesn’t pass SafetyNet.