Samsung, yesterday in Korea, launched the Galaxy Note 7 as the Note Fan Edition. This new Note Fan Editon is the same device as it was in the last launch with some minor changes. The new Note is less prone to explosions and can be used safely without any fear.

The primary source of fire on the Galaxy Note 7 was its battery. Now Samsung has replaced the cells in the battery to a smaller capacity one at 3200 mAh. The Note 7 had 3500 mAh of battery, which is 300 mAh larger than the Note FE. The new cells manufactured by Samsung goes under the same 8-point check which Samsung started with the Galaxy S8. 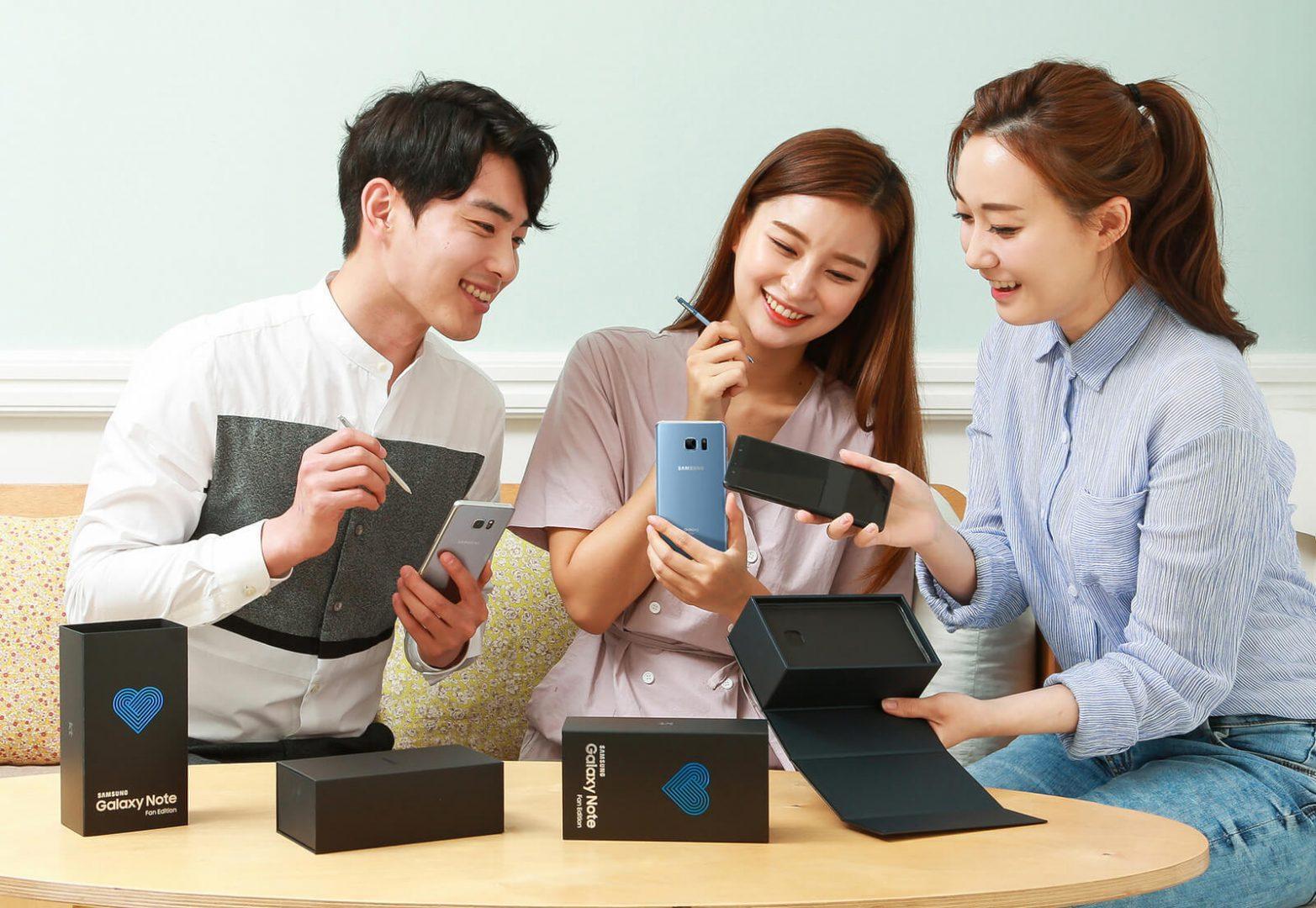 As far as we remember Samsung recalled the devices, and then kept the devices with them. Now to make up some losses, they are refurbishing those and selling at a lower rate. Samsung calls using up to these materials as Eco-Friendly Initiative.

The Note fan Edition comes with the same software that we saw on the Galaxy S8 & the S8 Plus. As it’s the same s/w from S8 hence we also get Bixby on the phone, but no separate button for the same.

Samsung plans to sell around 4,00,000 units in Korea as of now, and will, later on, decide on whether they have to make it a global release or not. But it’s quite clear that they are not going to make it a standard version as the Note 8 is just around the corner and they don’t want to snatch the fan base of the Note 8 with the Note Fan Edition.

The phone is priced at a meager price of 699,600 Won which is around 600$ and is a great price for the hardware. We are eager to see if Samsung can make the device available in India, as I am a Note Fan, and have been using a Galaxy Note 5 from past two years now. I need to go for the next Note, and hence if Note FE comes in India, I will surely take it. It will also be one of the best phones under 40000 then. What are your thoughts on the Note FE, please comment in the comment section below.