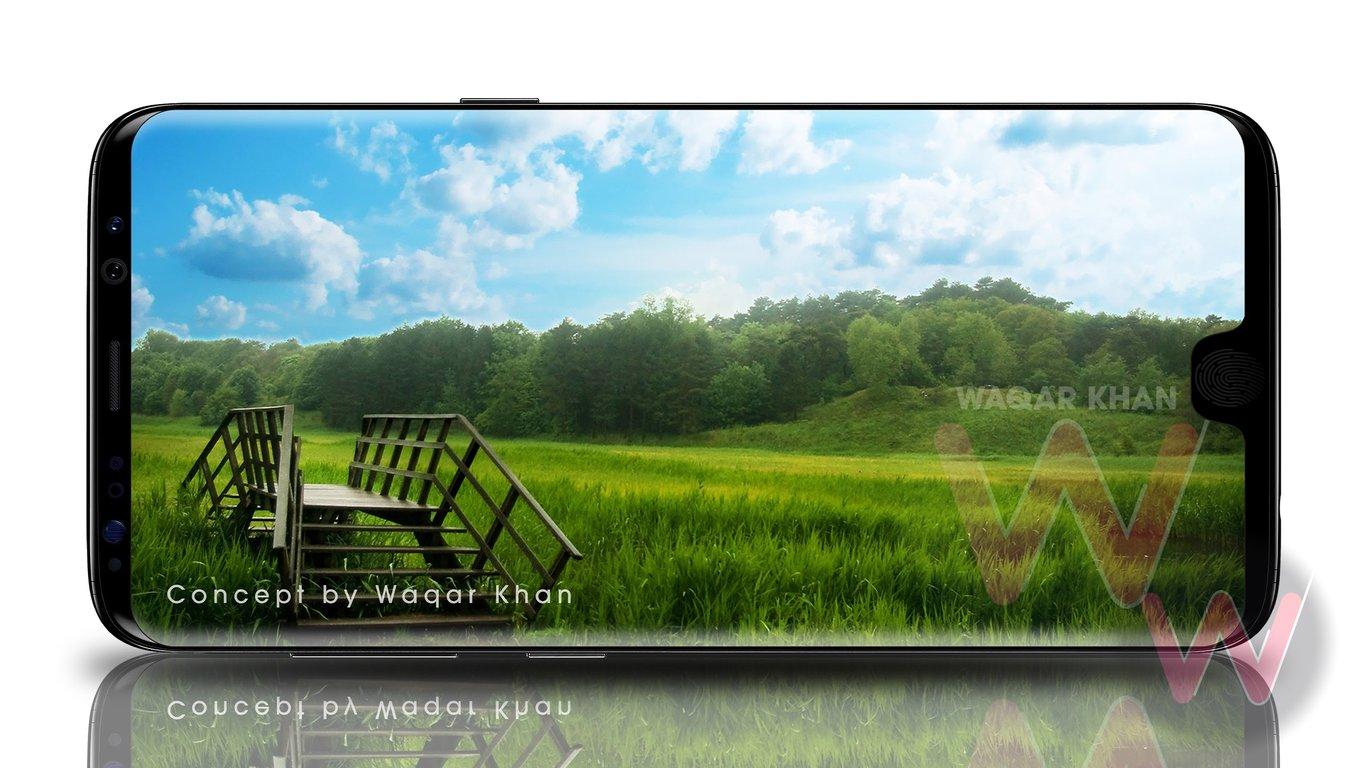 Currently, Samsung is ruling the market with its Galaxy S8-series and Galaxy Note 8 smartphones. We understand that talking about Galaxy S9-series is too early at this point, but rumors always give us a good idea about these upcoming devices. Recently some fan made images of the Galaxy S9-series appears on the internet, and they are fascinating.

Firstly, all the images provided are not official and are fan made. These pictures of the Galaxy S9-series are created by Waqar Khan, so the design of the device is based on his assumption and expectation. In the current Galaxy S8 phones consumers have complained about the difficulties they face due to Fingerprint Scanner location, and it looks like the creator has taken care of it, and in the samples, a front mounted Fingerprint Scanner can be seen.

It is quite similar to what we have seen on the iPhone X, for functionality its upper bezel notches into the screen and in this render Fingerprint Scanner has been cut on the screen. Except for this scanner placement, all other things look identical to that of the Galaxy S8. The specs of the device are not yet available, but it might run on the upcoming Qualcomm Snapdragon 845 10nm SoC coupled with 8GB of RAM. In the rear, it shows a Dual-Camera setup similar to the Galaxy Note 8. This render also features a dedicated button for Bixby.

We know that the design of the phone will not look like this, but still, we can get an idea of the device that what sort of design it will have. For more updates stay tuned.