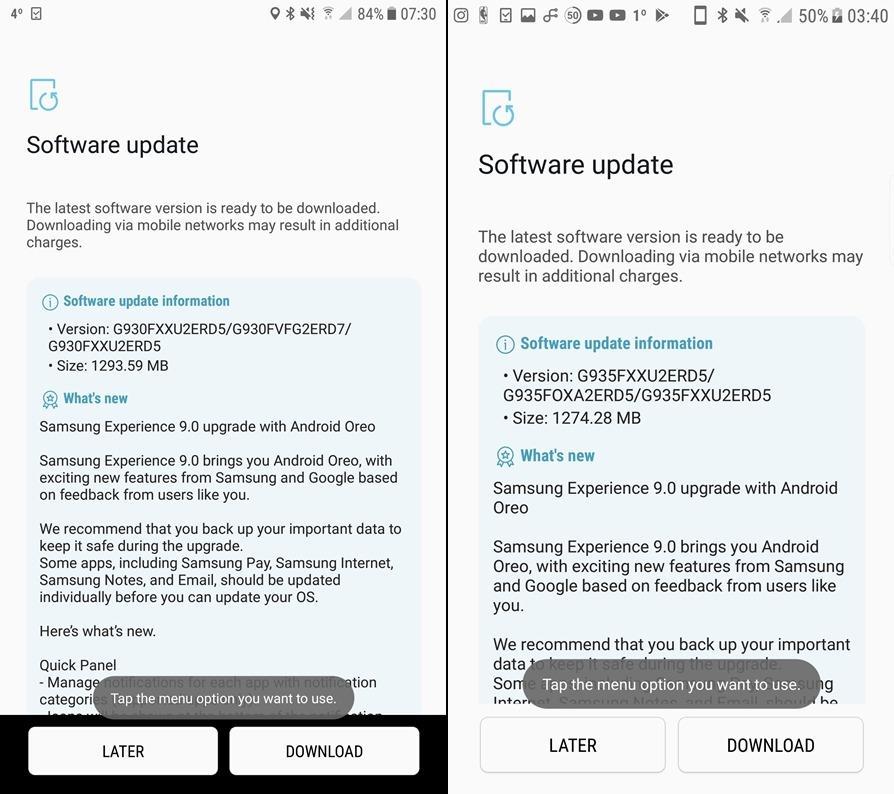 Samsung’s software update game was quite decent this year, and now the company is looking to one-up that reputation. As the South Korean giant is now rolling out Android Oreo 8.0 Update for the Galaxy S7 and the Galaxy S7 Edge in Europe. The reports for Android Oreo 8.0 were rumored since a couple of weeks now, and today we have it on the air. For the Galaxy S7, the software firmware version is G930FXXU2ERD5, and for the Edge model, the firmware version is G935FXXU2ERD5. This brand new update comes at 1.3GB in size.

So, with the Android Oreo 8.0 onboard, the Samsung Galaxy S7 and the S7 Edge has successfully completed it’s two years major OS upgrade cycle and this will be the last major update for the former flagship device, and it has aged pretty well. With this brand new update, your Galaxy S7/S7 edge will be running on the easy-going Samsung Experience UI 9.0, and your device will be defended with the latest April Security Patch.

Along with that, all the features of Android Oreo 8.0 such as the picture in picture mode, better doze, enhanced Auto-fill fields in any browser and much more are here. Now as always the norm, get your device juiced up to at least 50% or more and also make sure you download it over Wi-Fi to avoid any extra mobile data charges.

Such updates are rolled out in phases so please be patient, many Redditors residing in EU have reported that they are receiving the update. You can keep checking for the update manually by heading over to the Settings > About Phone and > System Software Update.