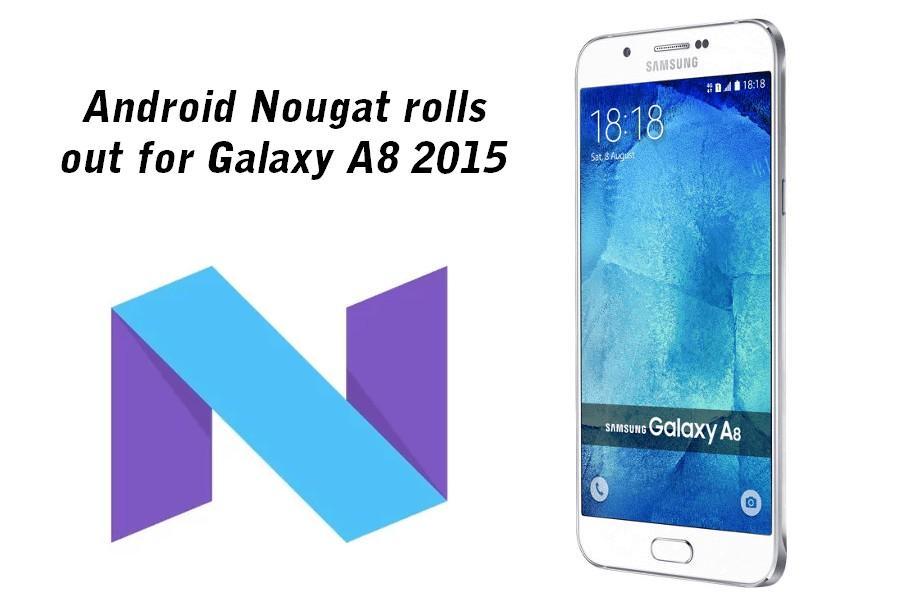 Samsung is now pushing Android Nougat 7.0 update for its 2-year-old Galaxy A8 2015 variant, in its home country, South Korea. The update is arriving with build number A800SKSU1CQJ1 for all the A8 2015 users.

Other than this you also get regular bug fixes and stability improvements like always, the device was launched on Android Lolipop 5.1.1, in 2015 and got upgraded to marshmallow 6.0 in 2016, and now it got blessed with 7.0 Nougat starting from today. So, it was quite a journey for a mid-range device from Samsung’s camp.

The company was already good with security updates this year, providing monthly patches even for its upper mid-range device. However, with that said, the Android Nougat 7.0 will start arriving soon in the country in phases, so be patient. With the update now seeding in South Korea, we can soon expect it to come in other countries as well in the following weeks.

As always the norm, make sure battery is more than 60% in r.eserve and download the update via WiFi rather than on Mobile data. If you haven’t received the pop-up yet, jump into Settings > About Phone > and System Updates, to check them manually.

If you want to find out which Samsung devices from the A series that will get Android Oreo visit here to learn more about it.