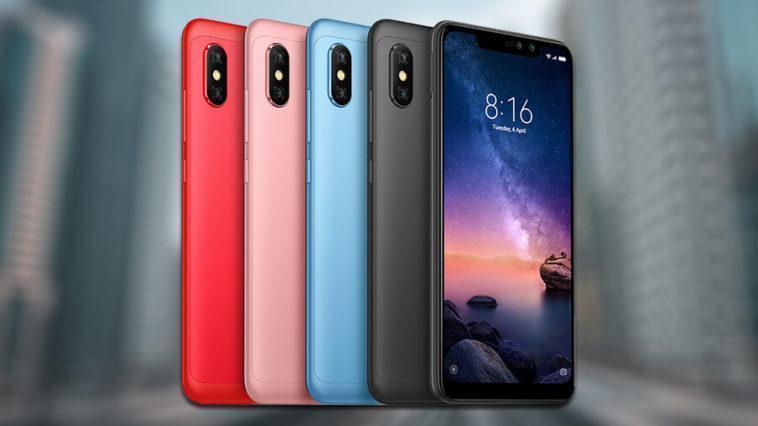 Not much long ago Xiaomi launched a new successor to its Redmi range with Redmi Note 6 Pro but as Xiaomi is working on giving quicker updates to its devices which has always been a weaker spot since years. Well, Redmi Note 6 Pro has already been receiving the timely software update.

The Redmi Note 6 Pro comes pre-installed with Android 8.1 Oreo-based MIUI 9. Well, it comes as a surprise from the Chinese manufacturer that it is paying heed to the latest update for the Redmi Note 6 Pro way ahead of the Global roll-out of the device. The stable version of MIUI 10 has been already released & ready for download.

Update: Xiaomi has opened the beta registration program into Android 9 Pie for the Redmi Note 6 Pro, Redmi Note 5 Pro, Redmi Y2, and Redmi 6 Pro in India. check out this page for more details

7 May 2019: Xiaomi has started rolling out a new update for the Redmi Note 6 Pro with the version number being MIUI 10.3.2 Global Stable which brings Android 9.0 Pie Support and April 2019 Security Patch, but according to some reports the update has been suspended.

28 January 2019: MIUI 10 9.1.24 (beta) update based on Android 8.1 is now available to download. The update brings Bug fixes, system stability improvements, and little bit improvements here and there. If you want then you can download the Recovery update from here.

22 December: MIUI 10 8.12.20 (beta) update based on Android 8.1 Oreo is now rolling out and available to download. The update contains some minor bug fixes; you can download the Recovery update and Fastboot update from the mentioned official links.

13 December: MIUI 10.0.5 (stable) based on Android 8.1 Oreo OTA update is now available to download, the update contains Bug fixes and improvements here and there. The MIUI 10 8.12.13 (beta) update based on Android 8.1 is also available, you can download the Recovery update and Fastboot update from the official site. The beta update contains minor bug fixes and improvements.

Update: The MIUI 10 Global Stable ROM for the Xiaomi Redmi Note 6 Pro can be downloaded from the link here. It is based on Android Oreo 8.1 update. It is a Recovery ROM, which means that it can be flashed via the MIUI Updater app. It doesn’t require an unlocked bootloader, and users will not lose any data if they upgrade from an MIUI 9 ROM.

The good thing not only stops here but in some markets, the device will possibly come pre-installed with MIUI 10 right out of the box. The update will be rolled out in slots so it may take a while for the update to reach every Redmi Note 6 Pro phone to receive the update notification.

The users who have already received the update have already been giving us the heads-up for the improvements in MIUI 10. Some users have reported that the Camera & the Gallery apps have got some cool tools for adding up effects to your photos like studio lighting, blur effects, light trails, etc. 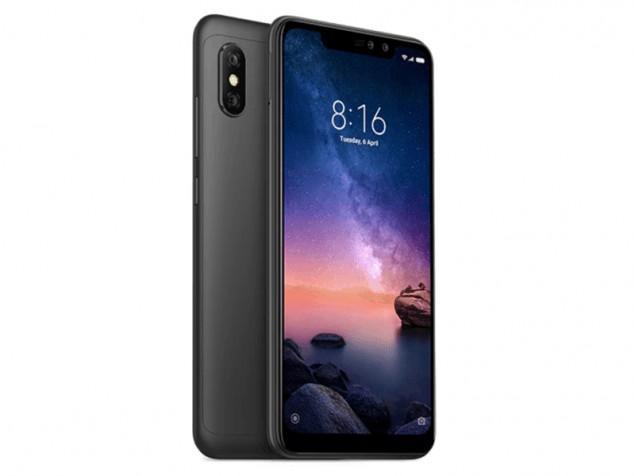 Another improvement is more of a fix; the notch looks more refined & polished after the latest update along with the battery percentage coming back in the settings. The update also seems to have made the user experience of the custom MIUI more smooth & the performance feels a bit more snappy.

Also, just like any other update, there seem to have introduced some issues with the latest update, as the users complain about the clock not being in the play or looking bad. Some users noticed problems when playing music via headphones. Also, the volume slider looks half-baked.

In a broader approach, we could say that this is a decent major OS update release & Xiaomi will pay heed to the newly introduced issues with this new update. We can expect a wider roll-out of this update by the end of this week.