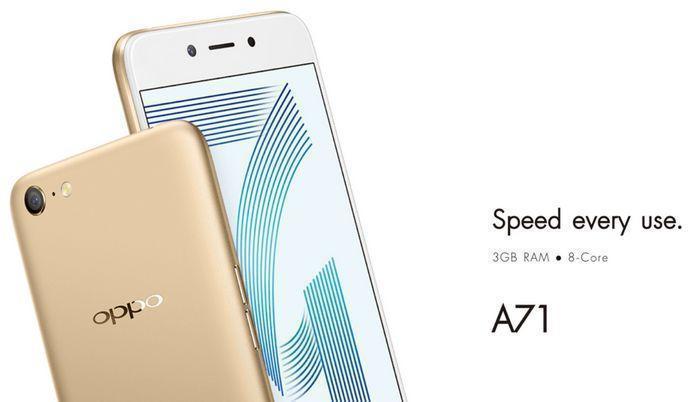 Recently a smartphone from Oppo named as the A77 was leaked online and now a new information is coming that Oppo will soon be going to launch its A71 smartphone in India. From a while, Oppo was silent regarding smartphone launches in the Indian market so that this news may excite the Oppo lovers out there. The phone comes powered by a MediaTek chipset, and one of its biggest highlights is that the phone will come with a Metal constructed body, Anyway, let’s check out the detailed specifications of the device.

It will be a Dual-SIM handset and will come with the support of 4G connectivity. Powering it is MediaTek MT6750(64 bit) Octa-Core processor clocked at 1.5Ghz coupled with 3GB of RAM along with a Mali-T860 MP2 GPU for Gaming. The phone offers 16GB of ROM which is expandable up to 64GB’s via micro-SD card. The phone runs on the Oppo’s custom ColorOS based on Android 7.1 Nougat. It will be available through offline as well as online platforms.