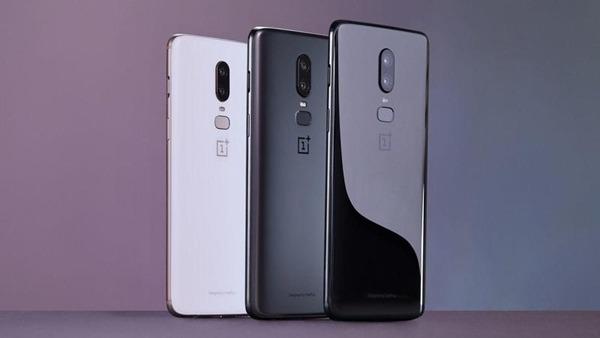 OnePlus has been doing their best when it comes to making great smartphones and are available at cheaper rates too. Since the launch of OnePlus 3, the company has been trying to release two consecutive smartphones every year. The OnePlus 3 had the 3T while the OnePlus 5, had 5T. The T stands as a minor upgrade to the main flagship smartphone of the year. And this year, we saw OnePlus coming up with the OnePlus 6. Possibly, we can expect a OnePlus 6T too later this year.

We can expect the fantastic set of latest and greatest features from the technology world. A leak was going haywire in the wild making us imagine how the next phone from OnePlus could be. The leak makes a straightforward approach to believe how the OnePlus 6T is going to look. Looking at the leak, we see that the OnePlus 6T looks a lot like the true bezel-less smartphones we have seen this year from Oppo and Vivo. The Vivo Nex being the first, the Oppo Find X taking the second place regarding the announcement.

So we can expect the OnePlus 6T to be free of the notch and utterly bezel-less to the display. So without the notch, we are hoping to see a pop-up camera as seen on the Vivo Nex and the Oppo Find X as it’s a sub-brand of OPPO. The screen will come with the latest and the greatest from the Corning Gorilla Glass Protection. Apart from that, there could be three cameras which don’t feel like a yes from our side, but OnePlus 6T will probably stick with the dual camera setup.

Leaving that, we might see facial recognition in the works making it more accurate and security-rich. The resolution of the display will be 1080p AMOLED as expected from OnePlus as usual. By the time of the release, Android P update might be up and running in the wild. So OnePlus can make use of it and bring Android P to the OnePlus 6T. Guessing the port system as a USB 3.0 Type-C port, it will support Dash Charge technology. The battery lying inside might be a 3340 mAh battery which is sufficient enough for a 1080p display.

Combining all the information of the leaks also reveals that the OnePlus 6T will come in White, Black, and Red color variants and will be priced at $600(Rs. 38,000 approximately). For more news, leaks, and information about the latest or upcoming devices stay tuned to The Leaker for more.