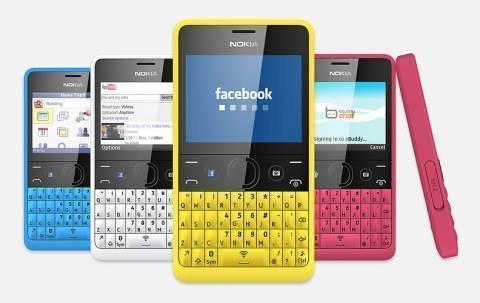 HMD Global had last year acquired the brand Nokia, and now it seems like Nokia is again winning the hearts of the consumers by its smartphones like Nokia 8, Nokia 6, Nokia 5 and the budget effective Nokia 3.

New information that is making headlines is about the feature phones from Nokia, long back Nokia has started its Asha-series devices and now it looks like this series is coming back so let’s check out more information about it.

Recently HMD Global has trademarked the name of Asha again with European Union Intellectual Property Office(EUIPO) which is a great hint that the brand might be making this series alive again. In case you don’t know Asha brand was introduced earlier and it contains the devices with basic specifications, they run on Nokia’s operating system and to be true they offer very jittery experience. When Nokia was acquired by Microsoft, the Asha-series was discontinued as they were competing against its Lumia devices.

As per the previous leaks, Nokia may be working on a new feature phone with a model number TA-1047, this will not going to be a smart device as a feature phone doesn’t offer any modern feature.

Nokia hasn’t revealed anything officially, but it looks like soon a new Asha device will be coming, and it will be focused on those consumers who can’t afford a smartphone. The device may come with a keypad design and will offer multi-media features similar to what other feature phone offers; it might come with 4G connectivity and Dual-SIM support out of the box.